London Metropolitan University's Great Hall has been restored to its Victorian grandeur, offering a new inspirational venue for Islington.

From hosting the first ever public display of a large screen television, to sheltering 1,200 north Londoners during the First World War, the Great Hall at London Metropolitan University has seen it all.

Once a key player in Islington’s social and cultural scene, the Victorian hall has now been refurbished and returned to its former glory.

A history of greatness

Since 15 July 1897, when the Lord Mayor of the City of London officially opened the Great Hall, the iconic venue has proudly stood for everything that London Met represents, from benefitting local communities to giving students a unique cultural experience.

Now, over a century since it opened, the Great Hall is back in the limelight. It has been totally refurbished to recapture its splendour, and will be available for use by the University community and the public.

“We hope that the Great Hall will once again become an iconic venue in Islington,” said Jerry Woods, Head of Campus Services at London Met.

“The University is delighted to have such an impressive space which can be used by students, staff and the public alike.”

Having invested in new energy-efficient lighting, heating and cooling systems, and refurbishing the Hall to a high standard, the University will be able to use this space throughout the year for exams, conferences and events, as well as for external hire.

“The flat-floored space with a raised stage is flexible enough to be able to host a variety of external events, from conferences to stage productions, as well as formal dinners and ceremonies”, Jerry added.

In a nod to its origninal unveiling in 1897, another mayor will formally open the space later this month. Councillor Theresa Debono, Mayor of Islington, will attend an official ceremony on 29 April to once again declare the Great Hall open to the people of Holloway.

One of the highlights of the refurbishment are the original Victorian features which have been lovingly restored, including an ornate frieze in the classical style. The sculptures have been returned to their original state and are now protected behind a glass screen for visitors to enjoy.

David McGhie, Head of Estate Planning at London Met, said: “The refurbishment of the Great Hall will help bring new life to the Holloway Campus. London Met’s Estate Department has had a busy year, improving facilities across the University’s three campuses to enhance the overall student and staff experience.”

It is now available for bookings. Find out how to hold your event in the Great Hall by emailing conferences@londonmet.ac.uk 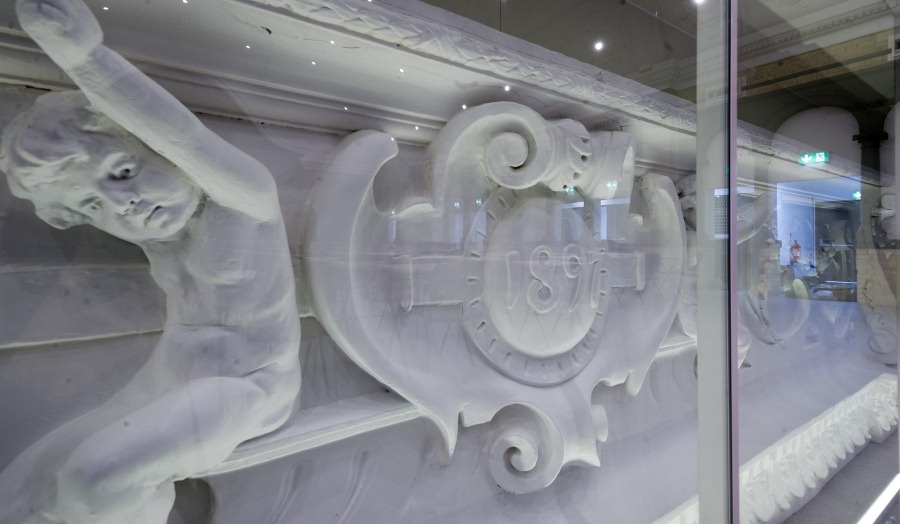