A documentary on Muslim women in sport, supported by London Met Lecturers Suzanne Cohen and Professor Jenny Harding, has just passed the milestone of 10,000 YouTube views.

A Heritage Lottery funded documentary on Muslim women in sport, supported by London Met Lecturers Suzanne Cohen and Professor Jenny Harding, has just passed the milestone of 10,000 YouTube views. Suzanne and Jenny, who teach on Media and Communications and Digital Media programmes at London Met, provided training in oral history research methods and film-making for a group of eight young Muslim women volunteers, who created and directed the film.

‘Sporting Sisters: Stories of Muslim Women in Sport’ examines the barriers to Muslim women’s engagement in sports but presents examples of how individual women have negotiated cultural values and identities to become professional athletes or martial arts teachers. The film was launched in 2012 just before the Olympics to an invited audience of mainly young Muslim women from local schools. It has received a large number of hits on You Tube provoking lively discussion on the site.

‘Sporting Sisters’ was made as part of a collaborative project involving IARS (a youth-led community advocacy organisation), the Faculty of Social Sciences and Humanities at London Met, and the Women’s Library. The project received funding from the Heritage Lottery Fund, as part of their ‘Young Roots’ Programme.

You can view the film here

Suzanne Cohen also carried out video interviews with the young women who made the film on behalf of the Women’s Library for the People’s Record website on their attitudes to sport. 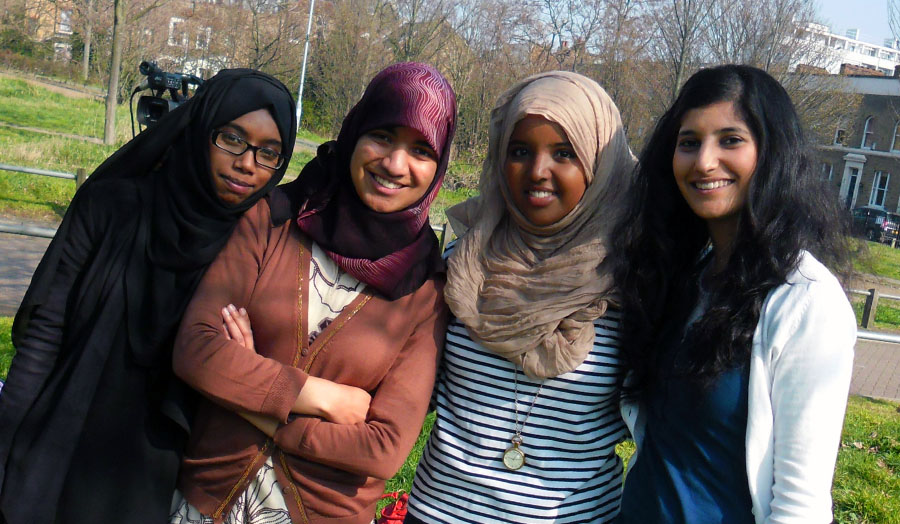