The Green Aces are a new recruit to the 2018 Green Impact initiative.

The Vice-Chancellor’s office are taking part in the 2018 Green Impact initiative and have been doing their bit to contribute to the University’s wider sustainability mission.

“Taking part in Green Impact has been inspiring and we have enjoyed meeting some lovely colleagues, from different departments, and students who have been involved with the initiative,” said Katie Harnett, Student Casework Officer Coordinator at London Met.

“Meeting people from other areas of the University has inspired use to do more and push ourselves that little bit further to reaching our goal.”

Over the 2017/18 academic year, the team has launched a campaign to get water coolers removed from the Vice-Chancellor’s complex, on the second floor of the Tower building. The team are encouraging staff in this area to use the water fountain instead of the water coolers, which use excessive energy to run and plastic. 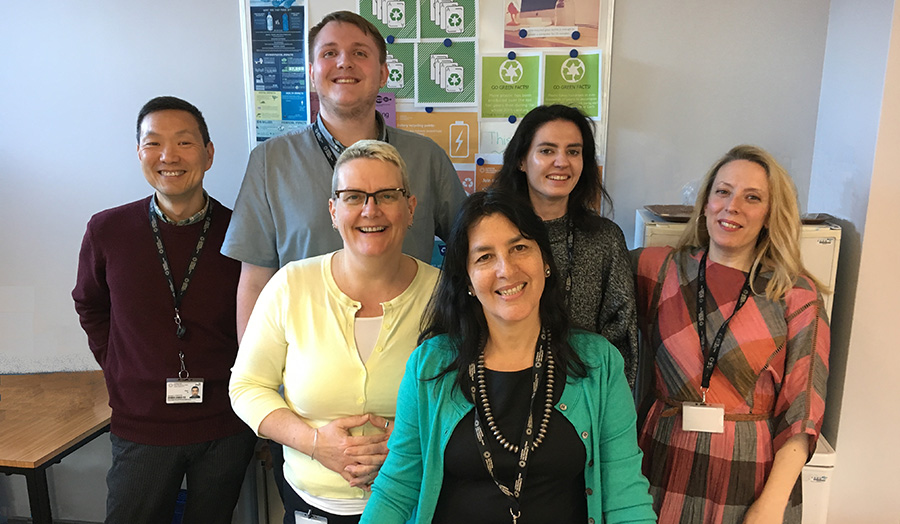