A new documentary by MA Film and Broadcast Production graduate Maxine Trump will be screened in cinemas around the UK this month, as part of the UK Green Film Festival.

‘Musicwood’ is the first feature documentary by Maxine, who studied in The Cass at London Metropolitan University. It documents an adventure-filled journey into the heart of an Alaskan forest in order to save the Sitka Spruce tree – and the acoustic guitar as we know it.

Since graduating from London Met, Maxine has worked for the BBC for seven years as a development executive for scripted comedy. But she decided to take on a story that was not widely reported and meant something to her on a personal level.

In the documentary , the most famous guitar-makers in the world (Bob Taylor of Taylor Guitars, Chris Martin of Martin Guitars and Dave Berryman of Gibson Guitars) travel together into the heart of one of the most primeval forests on the planet; the Tongass National Forest in south-east Alaska. Their mission is to negotiate with Native American loggers and change the way the forest is logged before it is too late for the trees, the wood of which is used in acoustic guitars.

“I was producing a short film on the subsistence communities of Aleut Eskimos in the Bering Sea of Alaska, when I became fascinated with this unique, incredibly striking, and remote area,” Maxine said.

“The largest environmental group in the world, Greenpeace, approached the guitar industry to vocalize the very real threat of logging on the disappearance of these majestic trees and the loss that would bring to the guitar industry.

“This new approach to environmental activism felt like a new story, a story that the world didn’t know was happening. But what I didn’t understand was how long the political battle had taken, and that every stakeholder in the area is fighting for it.

“We simplified the politics as much as possible without doing disservice to anyone’s issues, and let the passion, the music, and the spiritual essence of the film take over. We had to make sure we weren’t taking on anyone’s agenda; we let the facts speak for themselves, and got to the truth of the situation,” Maxine said.

To tell the story of the over-logging of the largest coastal forest in the world and the devastating effects it has on the music industry, the production team filmed acoustic performances in the Alaskan forest at the base of a 600-year-old Sitka Spruce three that can grow to twice the height of the Statue of Liberty.

Maxine, who is now based in America, finished her MA studies at London Met in 2004 and has gone on to work at the very heart of the industry.

“London Met was the only University within London which allowed me to study my MA in film production part-time while working full time for the BBC,” she said.

“Making the short films on the course definitely helped me progress my production confidence to then make the move to the US and make my feature film.”

To see the trailer of Maxines documentary Musicwood website.

You can meet Maxine at her film screening which will be at Hackney Picturehouse on Thursday June 5 at 7pm.

Find out more about studying MA Film and Broadcast Production at London Met. 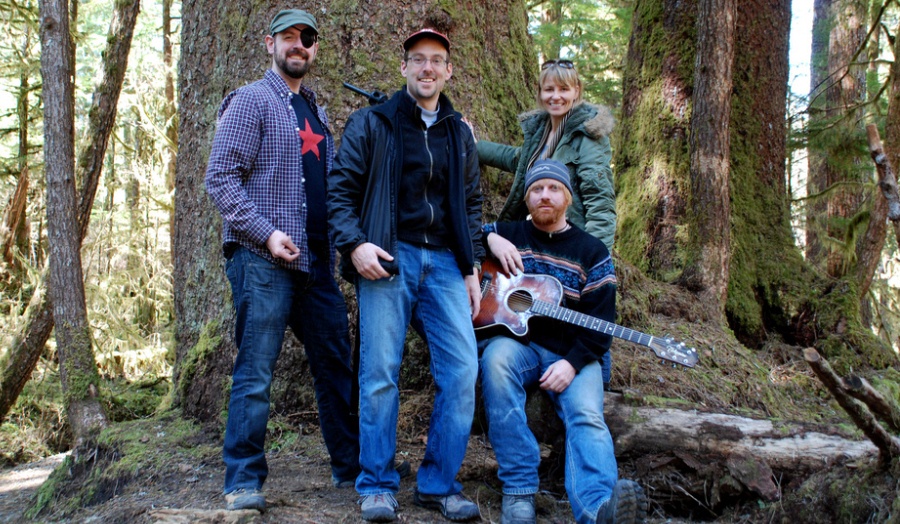