Gog Magog: a new dance film News from the School of Art, Architecture and Design

Inspired by ancient legends, this pioneering new film was developed through lockdown, and features a cast of dancers from around the world.

The film was created during the COVID-19 lockdown, which meant that the original plan of Jane’s dance company, TURNING WORLDS,  to deliver a tour of new performance work alongside participatory workshops was reimagined as a collaborative film project. Working with award-winning photographer and film-maker Chris Frazer Smith, Gog Magog features dance artists from all over the world – from Penzance to Melbourne, Portugal to Wales, Taunton to Manchester – and includes two London Met alumni. It was developed following a commission from the Stapleford Arts Centre in Cambridgeshire and its artist-in-residence, Kevin Flanagan, and premiered to a large audience on Zoom at the beginning of August.

The Gog Magog downs are also known as the ‘Telegraph clump’ because they functioned as a location for semaphore lines in the early to mid-nineteenth century. Finding new ways to communicate over long distances became a key part of the work.

Jane explained how these links to sites of connection and communication informed the film, saying, “In our isolation it seemed vital to grow a large network of creative exchange in collaboration with natural spaces, foregrounding the interconnections between body and land, the local to global in our era of the Anthropocene. Our Gog Magog aimed to recreate a sense of the might and simplicity of those pagan giants in a time where the performance arts, and shared dance, in particular, have been dramatically arrested by COVID-19.”

Originally an Anglo Saxon hill fort, myths surrounding the Gog Magog downs suggest they hold hidden land art portraying a moon goddess beneath its chalk surface. These suggestive readings add to tales of the legendary giant in Welsh and English mythology, thought to have been thrown off a cliff during a wrestling match with Cornieus – a companion of Brutus of Troy. According to legend, Gog Magog was the last of the Giants found by Brutus and his men inhabiting the land of Albion.

Given the restraints on movement in this year, Jane, who would normally develop her work with dancers together in a studio, used suggestions and medieval runic language to inspire the company and guest dancers to create individual self-filmed contributions that could then be digitally evolved into the final film. Making and premiering a new dance work in this way was a totally unexpected development but by drawing on the legends of the past to speak to the future using twenty-first-century digital media, the company have made something that resonates with our recent extraordinary times.

London Met’s pioneering approach to digital performance and choreography has found great success with the University’s BA Theatre & Performance students – a course which achieved 100% satisfaction in the most recent National Student Survey. 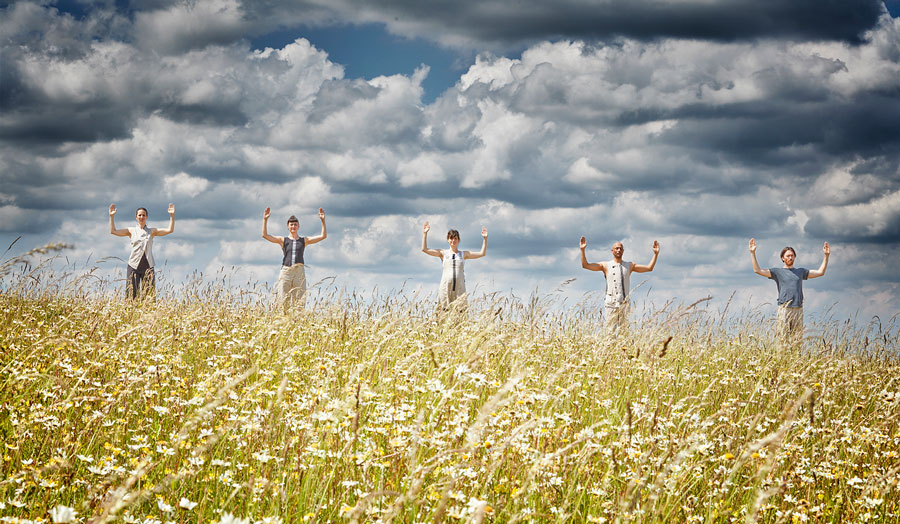