The initiative has been launched by The British Council who have provided educational institutions and NGO’s a grant of £50,000 per year to be used in developing entrepreneurial skills, as well as the language of English in young people.

In the UK, the creative economy sector has demonstrated an incredible rate of growth over the past few years and the sector provides employment for around two million individuals.

Creative Spark creates partnerships between universities and their paired country to support start-up entrepreneurs in the creative industry through a variety of means such as entrepreneurship training and development, pitching competitions and consulting on business incubators.

These partnerships, of which there are 85, should make a significant impact in the growth of the creative industry and entrepreneurial eco-system, which will in turn contribute to long term social and economic development on a global level.

Tashkent is the largest city in Central Asia and has population of approximately three million, with an additional two million people living in the surrounding regions. Uzbekistan has a population of approximately 33 million people and is the most populated among all Central Asian countries. Uzbekistan has declared the year 2018 as the year of proactive entrepreneurship, innovative ideas and technologies.

London Met’s Big Idea Challenge allows students to enter business ideas in three categories: commercial, creative and social. Following a boot-camp day for semi-finalists, students will have their 60 second pitch professionally filmed and put online for public voting. Winners in each category will be selected, as well as the public voting round which last year attracted over 10,000 unique votes from 125 countries.

Accelerator also work with Further Education and sixth form colleges to integrate Big Idea Challenge in their own curriculum. In 2015, 10 colleges participated, and increased to 15 in 2017, and has risen to 24 in 2018, with more than 1,000 students engaged. Through multiple hands-on ideation workshops conducted at each college, students generate ideas for new commercial businesses and social enterprises.

The international launching of Big Idea Challenge in Uzbekistan was coincides with the week-long Festival of Innovation, hosted by The Ministry of Innovation. Uzbekistan is experiencing significant economic reform and the country’s brand-new national development strategy places a high priority on transforming the business environment for tech start-ups.

London Met has been working with the Uzbekistan Government to provide consultancy on innovation strategy and amongst a range of initiatives, this has included producing a report on the creation of a national innovation centre that will house a new Ministry of Innovation and incubator spaces for start-ups, modelled on London Met’s own programme.

In the lead up to the launch of the new Centre, the University, supported by The British Council, has trained 15 academics to roll out the Big Idea Challenge to hundreds of higher education students in Uzbekistan.

Following an awards ceremony in April, the winning team from Uzbekistan will be flown to London in July to join UK winners’ part of the Launchpad programme. Launchpad aims to test assumptions and validate business ideas.

Natasha said: “It was a dream to work with such enthusiastic and visionary students in Uzbekistan and I can’t wait to see how the ideas in the ideation workshops are developed further.” 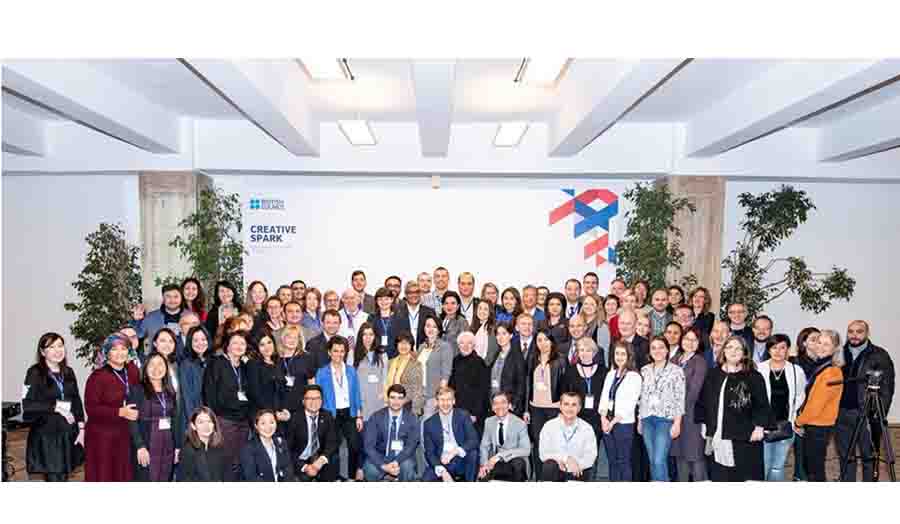