Gensler success for Chris News from the School of Art, Architecture and Design

Chris Crawford, who graduated from The Cass with a first-class honours degree in Interior Design BA, was appointed as an Associate at Gensler in 2015, just two years after graduating, making his career progression to Associate one of the quickest ever at Gensler.

After graduating in 2013, and following an intense interview process, Chris was selected as a Graduate Intern for Gensler, the world’s leading collaborative design firm, before being offered a permanent role as a Designer.

In 2015 Chris became an Associate in the Gensler London office and the EMEA Regional Leader of their Media Practice, working with a broad range of companies which include PR, advertising, gaming, broadcast and publishing.

Explaining his design ethos, Chris said: “For me, it’s about being intelligently creative. It’s about designing the kind of space that’s going to make people feel better, enhance their daily lives, inspire collaboration and compel creativity.

“It’s not rocket science, but we oversee an incredibly complicated and complex process to deliver what, in the end, feels like a natural, seamless and effortless interior; a space which tells a story and conveys an organisation’s ethos and brand values through an immersive experience.”

Chris has also won a number of awards for his design work including the Royal Society of Arts Student Design Awards, Mixology Awards 2015 - Giving and Social Impact Award, and Young Interior Designer of the Year’ Award 2014 by the National Association of Shopfitters. He was recently named one of the top 35 under 35 by Mix Interiors Magazine in recognition of his dedication, focus, creativity and leadership skills. 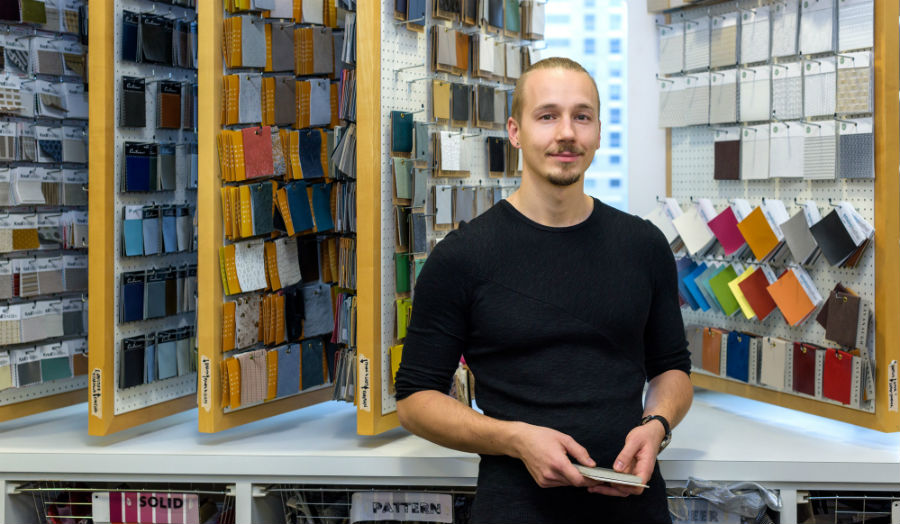