Fashion in Multiple Chinas News from the School of Art, Architecture and Design

A book co-edited by London Met Professor Wessie Ling has just been released in paperback.

Design History Society's awarded book Fashion in Multiple Chinas, co-edited by Wessie Ling, Professor of Transcultural Arts and Design at London Met’s School of Art, Architecture and Design and Director of CREATURE, has recently been released in paperback. The book explores how a multitude of Chinese fashions operate across the widespread, fragmented and diffused Chinese diaspora.

The book, co-edited with the University of Bologna’s Simona Segre-Reinach, brings together a range of expert authors to challenge the idea of Chinese nationalism as ‘one nation’, as well as of China as a single reality, revealing the realities of Chinese fashion as diverse and comprising multiple practices.

A section of a chapter of the book by Juan Juan Wu, focused on contemporary Chinese fashion and the increasing global integration of Chinese and Western fashion production, distribution and consumption, has recently been published by the South China Morning Post.

Dr Tim Lindgren from the Queensland University of Technology said the book “offers an established foundation of rigorous scholarly enquiry that enables further study of the future of Chinese fashion,” while Professor Peter McNeil, University Technology Sydney, said “This impressive book re-frames all general and many specialist understandings of Chinese fashion. It turns on its head nearly everything I was taught and have imagined about dress in China, from the period of Mao to the present day.”

A trained cultural historian and visual artist, Professor Ling uses academic writing and visual art practice to address her work. The discourse of cultural production and cultural property of fashion are common themes in her work; in particular, the construction, expression and creation of an identity when producing fashion, its relation with the transcultural locality and the tension within and outside of the fashion system in which it is produced. Fashion as an attitude, an idea or a resource, its pull-push force, the juxtaposition of its use and being used by it are threads in both her written and artwork.

The book is available from Bloomsbury Academic. 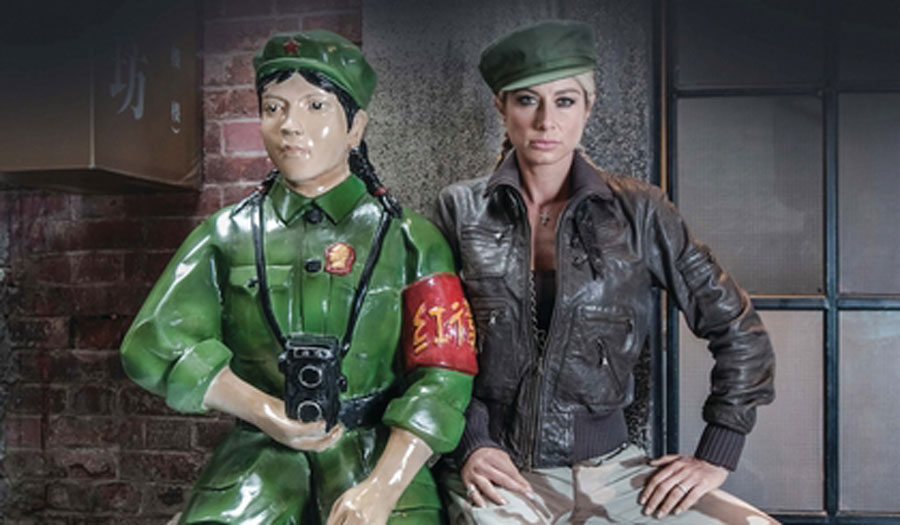 Image: detail from the book cover