Then and Now: Celebrating 50 years since the opening of The London College of Furniture

To celebrate the 50th anniversary of The London College of Furniture (LCF), a predecessor of The Cass at London Metropolitan University, the University is hosting an exhibition to illustrate the richness of the institution and its international status.

The exhibition opened with a Celebratory Symposium, on Thursday 27 November, and will run from 28 November until 14 January 2015. The show combines over 70 pieces of furniture, machinery, photographs, original archive material, and objects ranging from toys to musical instruments, surveying half a century of furniture making through to today’s contemporary practices. It also looks ahead to the future of the sector.

The exhibition comprises of pieces by LCF alumni, students, lecturers and designers who attended the courses from 1964 to 1992, as well as contemporary practitioners who have gone on to lead their field. Illustrious alumni whose work is included in the show include Frederick Parker (founder of the company that later became Parker Knoll), Lucian Ercolani (the founder of Ercol), and, more recently, famous designers such as Terence Woodgate, Michael Marriot and Roberto Feo (El Ultimo Grito).

Dr John Cross, senior lecturer at The Cass, has been traveling up and down the country collecting ephemera from both alumni and former staff members. This has included a trip all the way up to Dundee to collect an old London College of Furniture sign, as well as trips to various other UK locations.

Dr Cross said: “It’s a bit of a chicken and egg scenario in that the exhibition will be dictated by what we obtain.”

It is not just furniture the team is looking for, however, but items which capture student life at the College over the past 50 years. The College is renowned for courses in a range of areas including musical instrument making, interiors, furnishing, textiles, toy making and basketry.

The London College of Furniture (1964-1992) is a predecessor institute of London Met’s Sir John Cass Faculty of Art, Architecture and Design, and was based from 1969-1992 at Commercial Road. The Cass continues to offer world-leading courses in furniture design, making, and restoration.

This story was updated on 4 December 2014 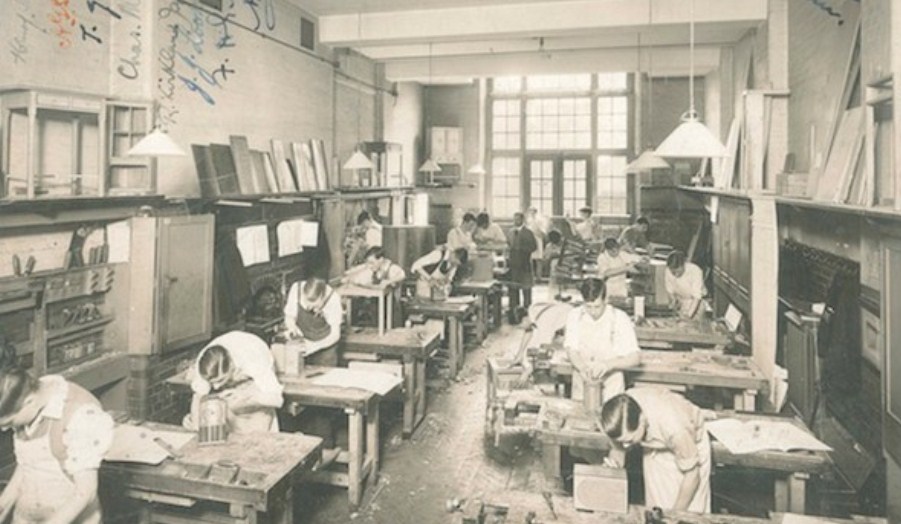