The second season of A Very British History, a documentary series on BBC 4 delving into Britain’s cultural history during the 20th century, includes an episode focusing on British-Bangladeshis. Dr Aminul Hoque MBE, Visiting Lecturer in Education, has been involved for the past year and is the main presenter on the episode.

In the episode, Dr Hoque explores why thousands of families settled in Britain during the 1970s and 80s, and how they faced hardships and racism while building a new life in Britain.

Dr Hoque interviews various Bengalis who settled in London and Luton, drawing on a rich film archive from the period to tell the stories of Bengalis who worked hard, fought racism and made their homes here over the course of two key decades.

“Essentially, this is an important global story of migration,” said Dr Hoque, “and we get to see and hear of the many narratives of dislocation, upheaval, struggle, resistance, sacrifice, hope and triumph.

“It’s important to normalise and humanise migrant communities in this current populist climate of xenophobia and hate where people, such as myself, have been presented as different, problematic, and blamed for a lot of negative things”.

This documentary reminds everyone that Bangladeshis are a ‘normal’, hard-working ‘British’ community. Dr Hoque comments: “We have fears, hopes, anxieties just like everyone else. We also drink Costa Coffee, watch Netflix and follow our football teams passionately.

“I love this country. This is my home but I’m also connected spiritually to my motherland. That’s ok – to have multiple homes and multifaceted identities. It is what makes humanity so diverse and interesting.

“In the documentary, I interview my dad as he recalls the racism and isolation he experienced in the 1960s and 70s, and I also go back to the village of my birth in Sylhet, Bangladesh, with my very westernised British-born kids, to see whether they feel a sense of connection to a space that they have never visited before. Listening to these stories of discrimination and the visit back to his ancestral village was very emotional”.

Currently, Dr Hoque is involved in ethnographic research that explores the memories and experiences of struggle and political resistance of a group of Bangladeshi men in the 1970s and 80s, where they used organised football to help combat the everyday reality of racism.

A Very British History: British Bangladeshis, airs on Wednesday 26 February, 9 pm, on BBC4. It previewed on iPlayer earlier this month. Follow Aminul on Twitter at @BrIslam2015 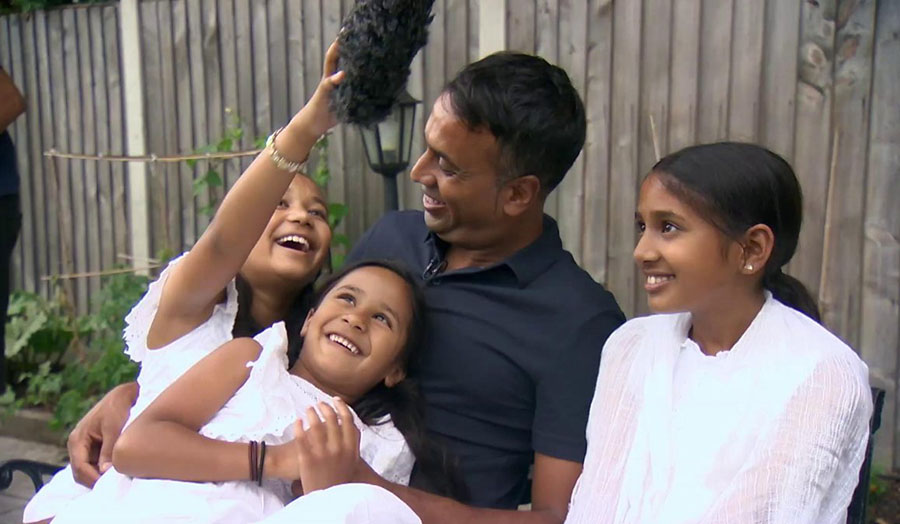