At an annual talent event students introduced their final-year-project work from the Faculty of Life Sciences and Computing. BSc Computer Games Programming and Computer Games Modelling and Design, together with computer engineering and networking students.

Students worked together in their Digital Toy Design module using Arduino and embedded technology to develop some amazingly creative prototype 3D printed toys and novel game controllers which were showcased in the Toybox Summer Showreel at the Graduate Centre and Blue Met Lounge on Holloway Road on June 5th-6th.

"People kept coming up to me, telling me how impressed they were with the students' work.  The range and quality of the pieces was quite exceptional," said Fiona French, Associate Director of Faculty of Life Sciences and Computing.

"This year, we presented some exciting work developed by games students in our Digital Toy Design module.  The students experimented with different methods for controlling technology, both remotely and by designing physical alternatives to mouse and keyboard.

“Results included an infra-red remote controlled orange dinosaur, a quadcopter and some scary 3D-Printed robots with embedded RFID tags who activated their virtual counterparts when placed on a stand,” said Fiona.

Third year BSc Games Modelling and Design student Fergus Murphy said: “It is such a young technology and being part of the evolution of this expertise that I think is fascinating.” He showcased his expertly designed 3D-Printed articulated toy prototype.

“This new age of people that I represent has the skills and ability to understand this kind of technology and I want to be one of the first people to be able to work in the industry. What 3D printing can do for consumer in future is an interesting thought.

“The course is very practical and the key to get the most out of it is to say ‘yes’ to as many projects and challenges you possibly can. Doing is the only way of learning these things,” Fergus said.

Helicopters, “Dinowheels” and what else

Cosmin Stanescu and Chris McAuliffe sourced and developed a prototype quadcopter from scratch, while team-mate Adam Jones designed and 3D printed the frame for the vehicle.

The Engineering team's highlight of the event was the remotely controllable miniature helicopter which was built to act as a base for students to start developing other ideas.

All the possible future functions for the quadcopter, including infra-red lights, thermal imaging cameras and collecting different data, video footage or photography, will be all developed and manufactured by students in future projects.

“These kind of multi-functioning devices are already in use around the world for many various purposes,” said Senior lecturer Muhittin Onadim from Faculty of Life Sciences and Computing.

What will be built is completely up to the imagination and skill of the students.

“It is in the hopes that the whole project will be ready for the next years showcase event and by that time we'll be able to launch her off from the campus and fly around the area taking a few pictures along the way,” Mr Onadim said.

Networking student Mike Polydorou demonstrated an example of a ‘man-in-the-middle’ type of cyber attack, a common way for fraudsters to access the information on a mobile phone using only wifi network.

“Usually, you don’t even need to hack the wifi to be able to do this. In cafes, for example, you can often just go and ask for the password and they’ll give it to you. After that, everyone using the same network can be accessible – wifi provides the connection to everyone’s phone.”

Mike reminds us, that nothing is really safe on the internet, but luckily these kind of attacks require a huge knowledge and specialist equipment, so not everyone in the café on the corner can do it.

“It is like, the information needed to launch these attacks is all out there, but it is written in Latin. So if you have a good base in Latin, you can access it easily and use it. But if not, it is too hard to get your head around,” said Mike.

“Also the information, the technology and the security arrangements are constantly changing which means that fraudsters have to work very hard on maintaining their skills.

“The university course gives us just that base and we are now able to build and maintain that base with all the information out there,” said Mike.

To find out more about studying at the Faculty of Life Sciences and Computing, visit the course sites for: 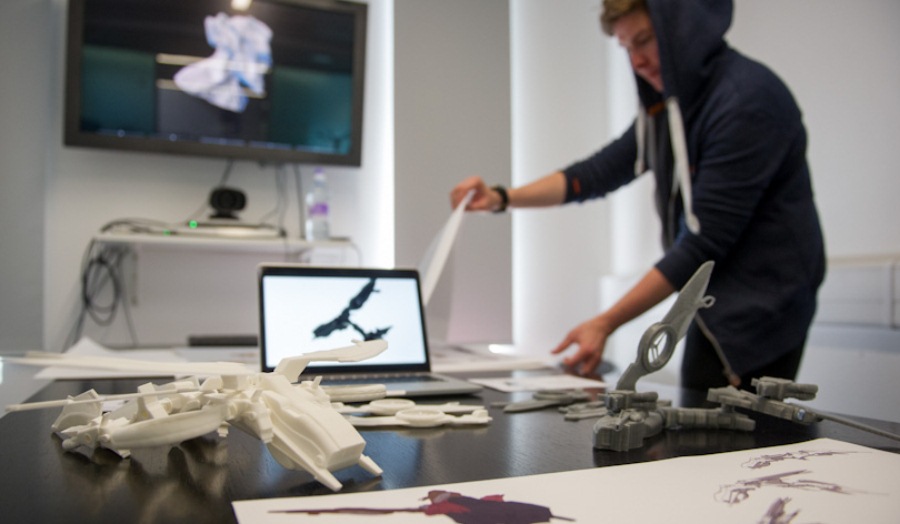