A two-day conference will be held at the University of Oxford to celebrate Alasdair MacIntyre’s new book.

Ethics in the Conflicts of Modernity: An Essay on Desire, Practical Reasoning, and Narrative began as a research project that Professor MacIntyre led at the University from 2010, involving a series of bespoke colloquia that included both members of the University and many visiting, world-class philosophers and social scientists. He says in the book's preface that he “could not have had better critics than those who participated in those seminars.”

The book develops MacIntyre's distinctive and controversial Aristotelian position in ethics, politics and social science further than any single work since his After Virtue, and is therefore bound to have a great impact.

The Oxford conference, on 29-30 June, will be followed by further discussion of the book at the eleventh annual conference of the International Society for MacIntyrean Enquiry, across the Channel from 3-5 July at Université Paris Ouest Nanterre.

The Society's first conference, which also issued no less than two edited books and two journal special issues, demonstrating the research impact that can be made here, was held in 2007 at the University's Graduate Centre.

Ethics in the Conflicts of Modernity is presently accessible by using your library log-in. 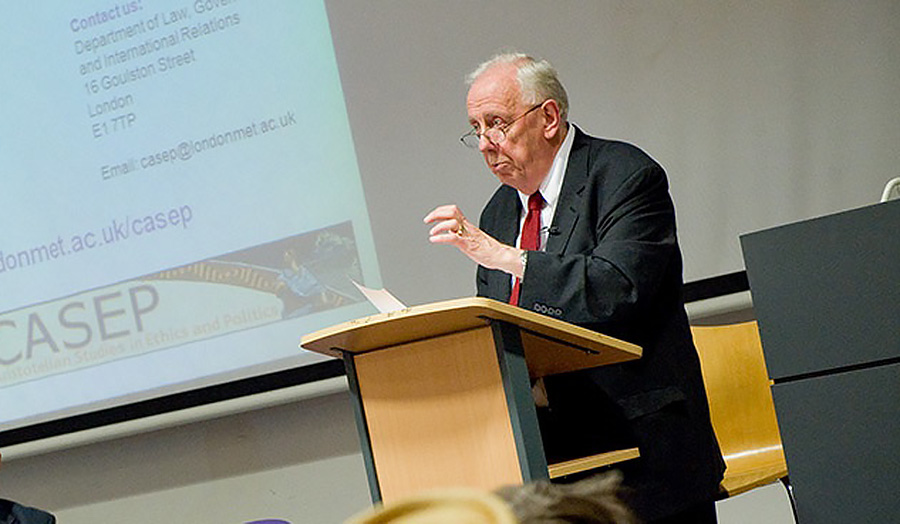