A London Met Chemistry student put his knowledge to the test and appeared on the BBC’s hit show, Pointless.

The programme, which aired on 25 January 2018, features Tahir Ozkan and his brother, Haluk.

“I found the day was very exciting, pretty much a dream come true to go on my favourite show and meet both Alexander Armstrong and Richard Osman,” said Tahir.

“I impressed myself by how I was able to keep calm under the lights knowing it was going on TV, and interacted quite well with everybody. In addition I answered some impressive questions!

“I also think that the chemistry, pun intended, that my brother and I shared made us quite a fun pair to watch and maybe some people even rooted for us.

“All I can say from the experience is that you absolutely can do anything you want - just apply - you never know if you'll get contacted! Don't give up on the dream! Also, Alexander Armstrong is much, much taller than he appears on TV.”

Tahir and Haluk’s episode can be seen on BBC iPlayer. The clip is available until 24 February. 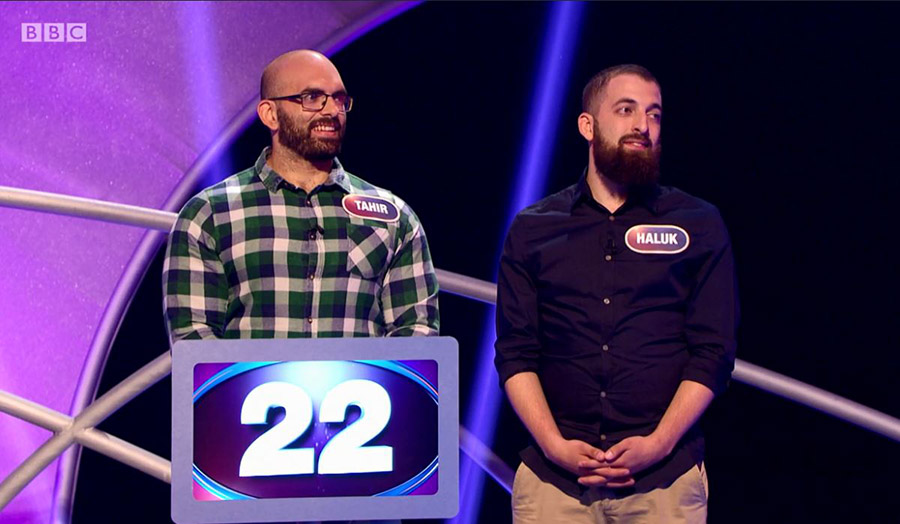