The Cass Session 4, the fourth annual yearbook produced by the School, celebrates the life, culture and achievements of students and staff from The Sir John Cass School of Art, Architecture and Design at London Metropolitan University over the last academic year.

Opening with a foreword from Andy Stone, Head of The Cass, the yearbook reflects on the achievements of both students and staff in a busy year which has seen the school complete a move from two separate sites into a single campus at Calcutta House in Aldgate, with library and workshops fully integrated into the life of the school.

With additional insight from the leaders of each subject area and studio, The Cass Session 4 features over x images from studios and units across all of the School's disciplines and highlights the wider life at The Cass, including the work by Cass Projects, Cass Culture, Cass Short Courses and Cass Works, as well as sections reflecting on student experience while studying at The Cass.

The yearbook also contains highlights from The Cass’ calendar of exhibitions, talks, lectures, screenings and events as well as new thought pieces by Jos Boys, Jacek Ludwig Scarso and Bob and Roberta Smith.

Michael Upton, who co-edited the yearbook with Andy Stone, said: “We decided to do a slimmer but larger format book this year to make the very most of the images of the students’ work and of life on campus - and based on feedback about the brick-like weight of the 2017 edition. I would like to thank staff from the Cass and the University’s marketing team who contributed to the yearbook. It is our best to date.”

The Cass yearbook was designed by Turnbull Grey, with production from Dawn Fernandez, Miguel Ferrer and Kate Stanbury from London Met’s marketing team.

The Cass Session 2017-18 can be viewed free online in its entirety and hard copies will soon be available to buy from London Met's eshop priced at £5 for 2018  Cass graduates or Cass students and £15 to the public. 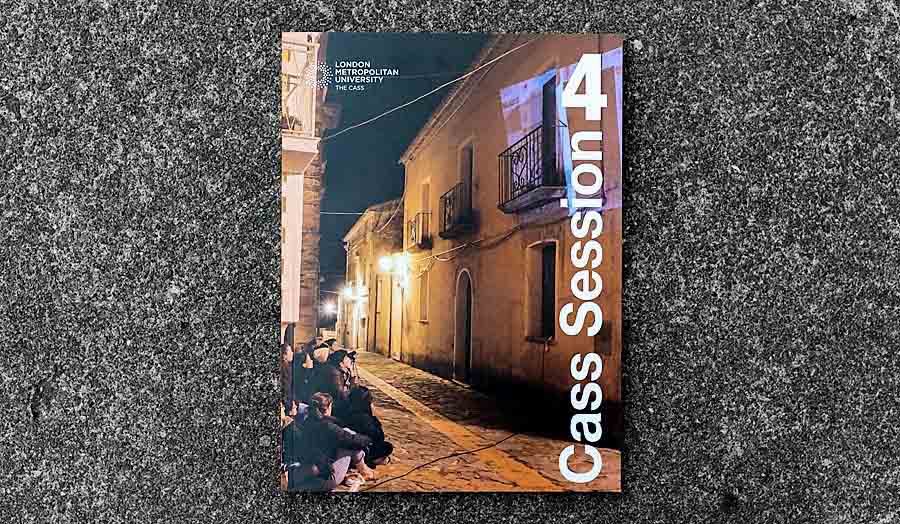