Mayor of London and London Met alumnus, Sadiq Khan, has recently allocated £9 million for the ‘Greener City Fund’ to create and improve green spaces and encourage more tree planting in London. The goal is for London to be declared the world’s first National Park City, increasing its tree cover by 10% by 2050.

The newly established National Park City Foundation challenged artists, designers and architects to imagine what London as a national park would look like.

Siân Moxon's entry, Rewild My Street, sees a typical London residential street adapted into a haven for wildlife by introducing wildflower meadows, patio ponds, bird feeders and insect hotels. As wildlife returns to the street, including bees, birds, frogs and owls, the changing seasons and patterns of the day and night will be visible from every living room.

Siân said: “The concept behind Rewild My Street means there would be no more paved over front gardens, no more felled street trees and no more synthetic lawns. It would bring back real greenery and real life. Every small change adds up to make a big difference. Children growing up on the street would have nature on their doorsteps. Residents of all ages can regain a sense of community, coming together for Neighbourhood Wildlife Watch events.

“Most of London is made up of existing buildings and open spaces, which will remain with us for years to come. For a lasting legacy, we must enable these spaces to accommodate nature, turning the whole city into a National Park to make future generations of Londoners proud. Rewild My Street will do exactly this.”

Siân is now working to develop a research project to progress Rewild My Street.

The initiative, backed by Time Out London and The London National Park City Foundation, aims to enhance London by adopting the principles of the UK’s existing rural national parks – better conservation, better enjoyment and better economy – and extend these values into the urban context.

Commenting on the winners, Landscape Architect Andrew Grant said "Here are a set of ideas that would make us all think differently about London, about the quality of life we wish to lead and the importance of nature in cities. These are ideas that would translate to every town and city in the world and would make London a global leader in restoring the broken links between people and nature." 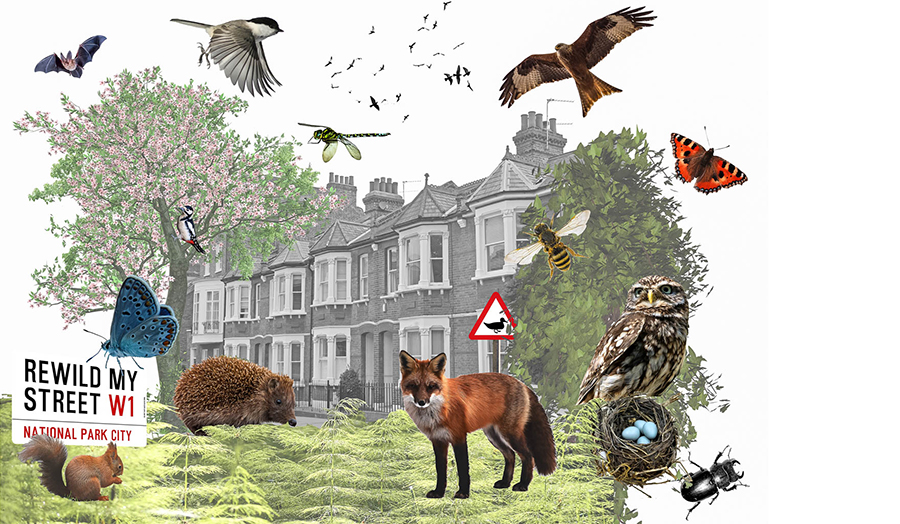