Cass designers selected to exhibit for Aram Gallery’s Fifteenth Birthday News from the School of Art, Architecture and Design

To mark the occasion of their 15th anniversary, The Aram Gallery in Covent Garden have asked some of their most notable past exhibitors to present again, and nominate an emerging designer to show with them. Exhibitors include designer Peter Marigold, who teaches Furniture and Product Design at The Cass. Peter has also selected 2016 Cass graduate Ray Brown to exhibit alongside him.

Ray who will be exhibiting his Cardboard Ceramics and Crisp Bowls was one of the ‘Cass Starters’ a group whose careers  the school helped kick-start through an innovative crowdfunding campaign also organised by Peter.

For 15 years, The Aram Gallery has been presenting experimental or new design under the expert eye of director Zeev Aram. Over 64 shows, numerous talents have been invited to show at the gallery now a much-loved part of the design scene. The unique space is entirely dedicated to supporting UK and international designers in their early careers and is a non-commercial gallery.

With a reputation for always looking forward, rather than back, the gallery felt couldn’t pass up the opportunity to introduce the next generation of talent. As Zeev Aram says: “The particular importance of this exhibition is that young designers, all selected by established and experienced designers, are given a platform to exhibit their works.” 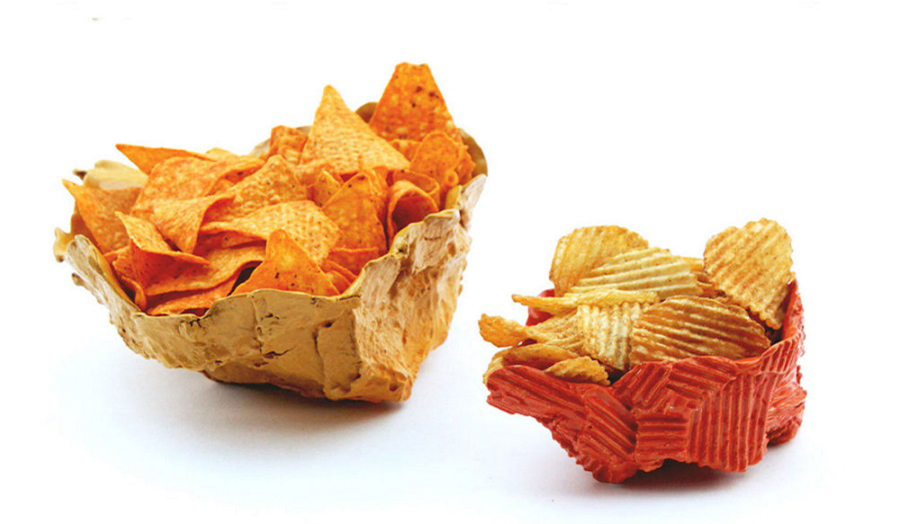