Simón Mesa Soto, has been awarded the highest honour at the Cannes Film Festival, the Palme d'Or for Best Short Film in Competition.

Leidi, the London Film School graduation film by Simón Mesa Soto, has been awarded the highest honour at the Cannes Film Festival, the Palme d'Or for Best Short Film in Competition. The jury was headed by Abbas Kiarostami and supported by directors Noémie Lvovsky, Daniela Thomas, Mahamat-Saleh Haroun and Joachim Trier. Shot in Colombia, the film was edited by fellow London Film School graduate Ricardo Saraiva.

The London Film School has a collaborative partnership with London Metropolitan University in relation to its highly successful MA programmes in Filmmaking and Screenwriting. Mr Turner, written and directed by LFS chairman and graduate Mike Leigh, who is also the recipient of an honorary degree from London Metropolitan University, garnered a Best Actor award for Timothy Spall and the Vulcan Award of the Technical Artist for cinematographer Dick Pope. The Salt of the Earth, directed by LFS graduate Juliano Ribeiro Salgado alongside Wim Wenders, was awarded the Un Certain Regard Special Jury Prize.

Ben Gibson, director of the London Film School, said "The School is so proud that its newest star Simón Mesa Soto, and one who graduated a decade ago, Juliano Ribeiro Salgado, and the work of our chairman and 60s graduate Mike Leigh, have come together as Cannes winners. There couldn't be a better expression of our philosophy: a tradition of innovation. Well done to them all and also our other three graduates selected for Cannes - Panos H Koutras, Newton Aduaka and Aygul Bakanova."

Panos H. Koutras's Xenia was selected for Un Certain Regard. Newton Aduakawas selected for the tenth edition of the Cinefondation Atelier co-production showcase, with his latest feature Oil on Water. Aygul Bakanova, who was a participant on the Cannes Residence programme, screened in Directors’ Fortnight, with the Nordic Film Factory short film Void. 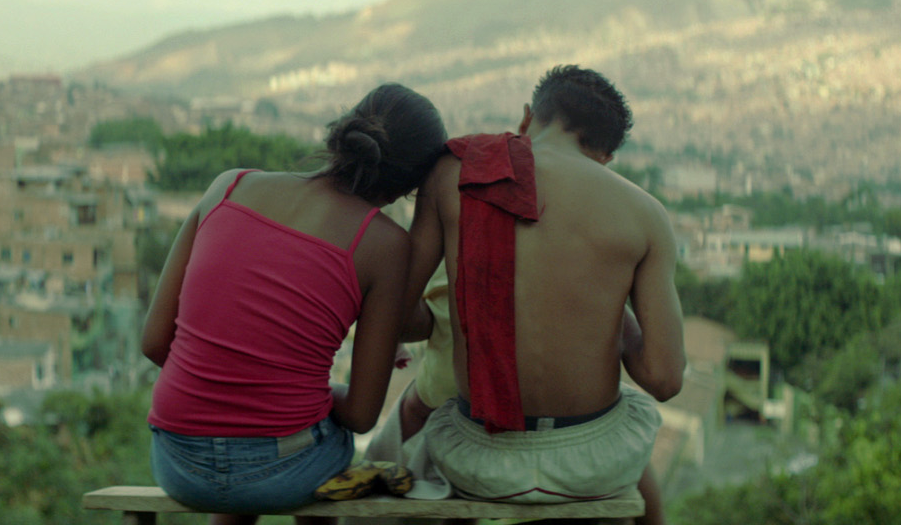