Annie Spink Award 2014 News from the School of Art, Architecture and Design

The Annie Spink Award  is open to teachers (individuals or groups) working on any internationally recognised RIBA course who are involved in the development of architectural education and engage with the process of teaching and learning.

The award is financed by the Annie Spink Trust Fund, which was established in 1974 by architect Herbert Spink FRIBA. He bequeathed the trust as a lasting memorial to his wife Annie, who died in 1938, and conceived it as an honor for the 'advancement of architectural education'.

“Congratulations to Professor Florian Beigel for receiving this award in recognition of his sustained influence on architectural education and on generations of students, architects, and fellow tutors. Over four decades of inspirational teaching, Florian Beigel has revealed an unparalleled commitment to the School of Architecture of the London Metropolitan University framed in entirely unique terms. His penetrating intelligence, generous spirit, and abundant talent as an architect make him a most deserving winner of the RIBA Annie Spink Award.”

On receiving the news of the award, Florian Beigel said:

“It is a real honour to be given this award and recognition for one’s role as an educator in architecture. To those whom have generously nominated me for this award and given their backing with such enthusiasm, thank you. All through the years the aim has been to give the students a love and passion for architecture. I am an architect that likes to build, and I believe that it is important that the architectural works that I do with my colleagues can offer insights to students. Our practice (design as research) informs the teaching, and the teaching informs the practice. In this way, there has always been a balance between practice, research and teaching.

“I’d very much like to thank the many friends and colleagues who have collaborated with me and given their support in the Architecture Research Unit and the teaching through the years at The Cass. I’d particularly like to thank Philip Christou, whom I’ve taught together with and collaborated in practice for 30 years. Without him I could not have done it. It is for this reason that I’d like to dedicate this award to Philip.”

Nominating Florian for the prestigious award, Professor Robert Mull said in his letter of commendation:

"Florian has taught at what is now London Metropolitan University since 1973 and has directed and delivered validated courses leading to RIBA part 1 and RIBA 2 throughout that period. He has also led the Architecture Research Unit (ARU) since 1979.

As a teacher Florian is unsurpassed. He is generous, passionate, funny, flirtatious, dedicated and uniquely obstinate.  But one thing always delights me. Florian is brave enough to tell students that a design decision is wrong. He does not dress this up in theory or process but he delivers it straight and he is usually right in his judgement. This certainty is not a sign of arrogance or self interest but evidence of deeply held architectural beliefs and an unwavering eye. So few teachers possess this integrity and students find this captivating and inspiring. He is a great teacher.

Florian is also extraordinarily influential in defining contemporary practice. Those individuals and practices that help to define contemporary British architecture such as Tony Fretton, Caruso St John, Sergison Bates, EAST and younger practices such as DRDH, Lynch Architects and Peter Beard and have all been influenced by Florain either as students, teaching colleagues or as design scholars working within ARU. His influence also spreads much further. In Korea his impact has been decisive in defining contemporary Korean architecture and urbanism. His concept of landscape Infrastructure has been adopted to master plan whole towns and there are several generations of young architects who like their UK colleagues owe a direct debt to Florian either as students or ARU scholars.

Running in parallel with his teaching has been the Architecture Research Unit. ARU is a practice operating within the University dedicated to design as research. Since 1979 ARU has fought for design and buildings to be recognised as legitimate research output. Florian has championed design as research and has received support in successive research assessment exercises (RAE). His battles over the years have prepared the ground for the progress made in submitting design as research to the current REF, which will benefit us all.

The radical reintegration of practice into the academy pioneered by ARU is also of importance as we seek new models of education, which are more closely linked to practice. The seamless marriage of teaching practice and research realised by Florian is a powerful model for future forms of education. In this sense Florian's influence as educator is only just beginning. " 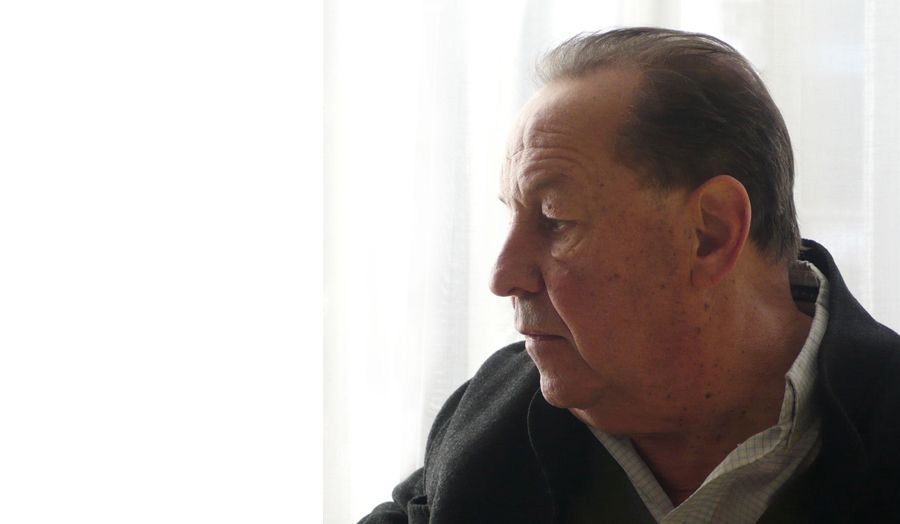