A Remembrance James Russell Cant News from the School of Art, Architecture and Design

A Remembrance, a short experimental video essay directed by Cass BA Photography course leader James Russell Cant, has been selected for the IWM Short Film Festival at the Imperial War Museum. The film, which takes its starting point from James' Great Grandfather's involvement in a battle in 1917, will be shown three times during the season of films responding to conflict.

The IWM Short Film Festival is a five day festival of dramas, documentaries and animations presented within themed programmes between 25th and 29th October 2018From twerking to wargames, and the claustrophobia of submarines to refugee journeys, IWM Short Film Festival presents challenging, inspiring and experimental films responding to past and contemporary conflict. Daytime screenings will be held at IWM London and are drop-in and free of charge. The festival will also be presenting free daily screenings of They Shall Not Grow Old, Peter Jackson’s (The Hobbit, The Lord of the Rings) artistic response to the First World War. Archive footage has been transformed to present never before seen detail, offering a new perspective on this 20th-century conflict to a 21st-century audience.

In addition to this programme, IWM is hosting a ticketed event at Picturehouse Central, which will present the most hard-hitting, relevant and inspiring films relating to war and conflict from our 2018 Film Festival programme. Six awards are granted to the most remarkable films in the Festival, and at each screening, the audience can vote for their favourite. The Festival is part of Making A New World, a free season of innovative exhibitions, installations and immersive experiences exploring how the First World War has shaped the society we live in today.

James Russell Cant on A Remembrance

'A Remembrance' is a short experimental documentary video essay that aims to recognise the subjective position of researcher or documentary maker and set personal memories and reflections in the context of larger historic and geopolitical narratives. This film reflects on my Great Grandfather’s involvement in the battle that took place in July 1917 in the dunes northwest of Nieuwpoort, Belgium. The point at which the Western Front met the sea. Through remembering and considering 2 photographic portraits, one lost and recalled from the perspective of my childhood, the other available to be viewed as an adult, the film uses reflections, scholarly texts, as well as testimony, film and posters held in the IWM archive, to consider how we are prone to the rhetoric and discourse of our time and why men, of my Great Grandfather's generation, felt compelled to fight. It reflects on the contingent nature of understanding and the contrast between my own fortunate experience and the experiences of those, like my Great Grandfather and others around the world today, whose lives so catastrophically collide with events beyond their control.

A Remembrance by James Russell Cant will screen on Thursday the 25th October at 4pm, Friday the 26th October at 1.00pm and Sunday 28th October at 2.00pm. Full details of the festival are here 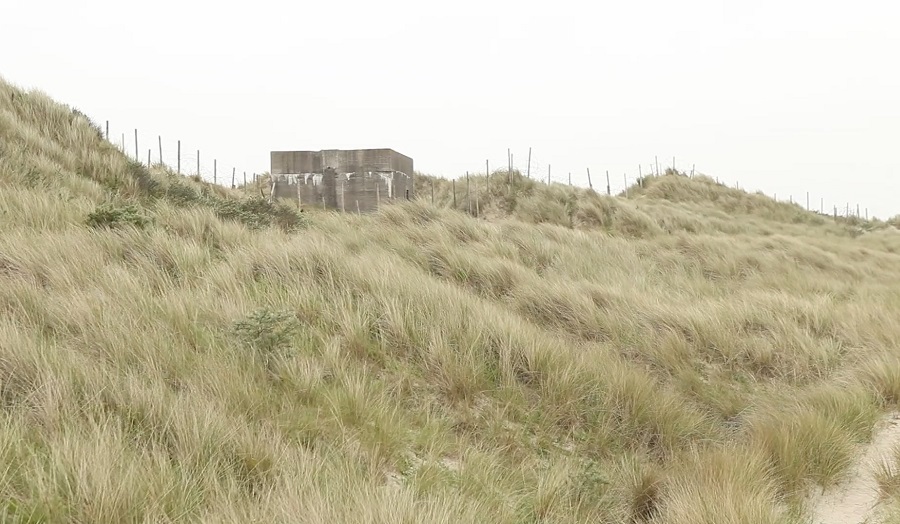