The Cass hosted an Association of Vertical Farming workshop that focused on the integration of agriculture into urban neighbourhoods for creating sustainable food systems.

The Cass hosted the sixth Agritecture Design Workshop on 24 to 25 June 2016 as part of the London Festival of Architecture (LFA). Nine students from The Cass and two staff members joined multidisciplinary teams for the two-day design competition. Signy Svalastoga, Head of the School of Architecture, introduced the event and participated in the judging panel.

The event was the first ever London edition of the popular US “Agritecture” workshop, and was co-organised by The Cass School of Architecture, Southbank Events, Blue Planet Consulting and the Association for Vertical Farming. It not only spread valuable knowledge to encourage development of urban and vertical farms but also generated powerful networks and relationships.

The winning team included undergraduate students Spaska Bondarenko, Viktoria Fenyes and Ossama Aboallaban and Senior Lecturer Sian Moxon. Their CitiSalads concept of developing an underused London space in the Whitechapel neighborhood into a vertical farm with underground mushroom production won the judges over. A highlight of their concept was reusing an old mail tunnel to more easily deliver fresh produce to market.

You can see the work of CitiSalads and the other teams on the Agritecture.com website. 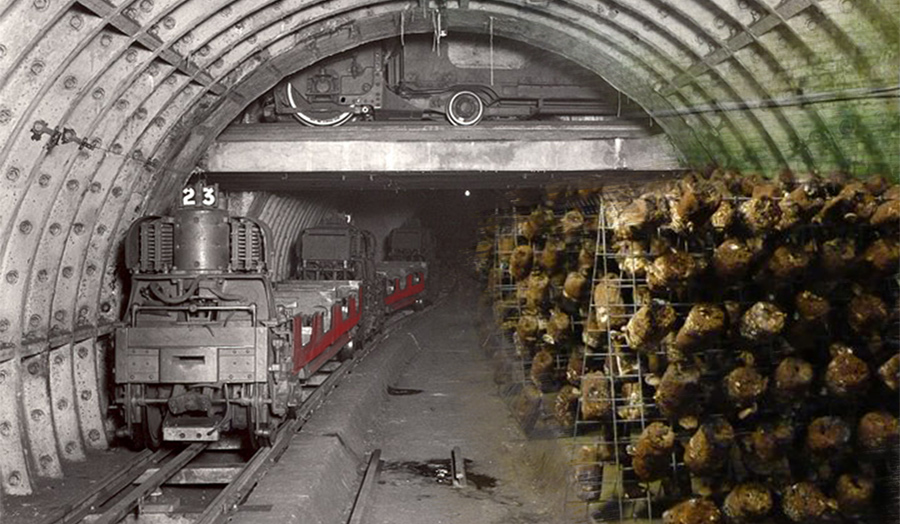