London Metropolitan University is investing over £75,000 to install energy-generating solar panels on the roof of its ‘Superlab’ Science Centre in Islington.

London Met was recently named the best university in the country for reducing carbon emissions, and has since been recognised by successes at the Public Sector Sustainability Awards, and the national Green Gown Awards.

Now, it is investing £78,150 to install solar panels on the roof of its £30 million Science Centre, just off Holloway Road.

The installation of the 221 solar panels, expected to be finished later this month, will produce almost 58,000 kWh energy each year, enough to supply 14 homes with electricity. It will also save London Met £12,633 annually.

Rachel Ward, Sustainability Manager at London Met, said: "We are really excited to install the University's first renewable energy source, which will help us further reduce our carbon emissions and improve our sustainability credentials even more.

The solar panels are being installed as part of the national RE:FIT scheme which was introduced by Boris Johnson, Mayor of London, to provide a model for public institutions wishing to improve the energy performance of their buildings, achieve financial cost savings and reduce their CO2 footprint. 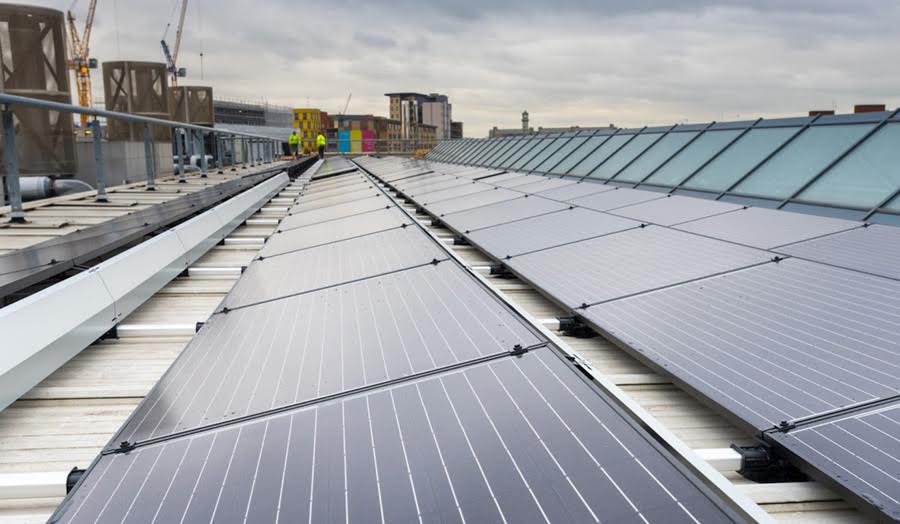