Sepp Brudermann graduated from the University in 2004. He reflects about how his tutors were vital to helping him start his career.

We all have our teachers and mentors in life. I have a few - Yossi Bal is one of them. Yossi was the course leader of the MA Audio Visual production in 2004. He taught me to go for things, just do them. I remember the look in his eyes when I revealed to him that my graduation film shall be 60 minutes long instead of the mandatory 15. Of course he had to say that he did not approve, but I could sense that he meant "Go for it!". And I did. The film won the British National Students Film Festival that year. I graduated with distinction.

Shortly after graduating I founded my production company Spiraleye Productions Ltd together with London Met film studies graduate, Nancy Harrison, and we have been producing documentaries of various lengths since then. In a way, the film school was just a starting point, it gave you some tools in your hands, but the real learning process began afterwards, and it is still going on, and surely always will.

What I had not prepared for, even though I was told many times, was how hard it would be, especially if you want to follow your way without wasting too much time in producing yoghurt commercials.

As an artistic filmmaker you’re always two steps away from the abyss. Sometimes you fall. There have been tears, not metaphorical ones, but actual liquid running down my cheeks. But each tear makes you grow stronger, more confident, and in the end more optimistic. Over the years you build your network, meet people, and you learn that all those "important" industry people are in fact - nice (well, most of them). And they want to help you, and they will.

After almost 10 years in London I went to NYC in 2009 where I met Venezuelan filmmaker Anabel Rodriguez, whom I knew already from London Metropolitan University, where she had studied filmmaking as well. Since then we work together as a team. We also happened to have a child together and got married, later separated again. We still work together. After all you cannot abandon your projects just because of a little divorce. One needs to set ones priorities straight. But before that we moved to Venezuela and some years later to Vienna, Austria, my hometown.

Our short film "The Barrel", which was part of the "Why Poverty" series, opened at Hotdocs Film Festival in America and IDFA in Europe, after which it went on to the festival circus around the world winning more than 10 awards. Since then, for about four years now we are working on our "second child," a 90 minute documentary called "The Last Year of Congo Mirador," a film about a neglected village built on stilts in the middle of lake Maracaibo, which is in Venezuela and is Latin America's largest oil field. After having "The Barrel" as a showpiece we managed to attract funding from such prestigious organizations like the Tribeca Film Institute in NYC, the Catapult Film Fund in San Francisco, IDFA Bertha Fund, Ibermedia and more. We are about to finish production and in fact right now we have launched a crowdfunding campaign to push the project into post production.

This is where we would be grateful for support, because even after all those years it never is easy and the abyss needs to be kept in safe distance. That's the adrenalin coming with my work, and I love it every day. So what could I tell a student today? Go for it! And stack up on handkerchiefs.

Find out more about Sepp's campaign. 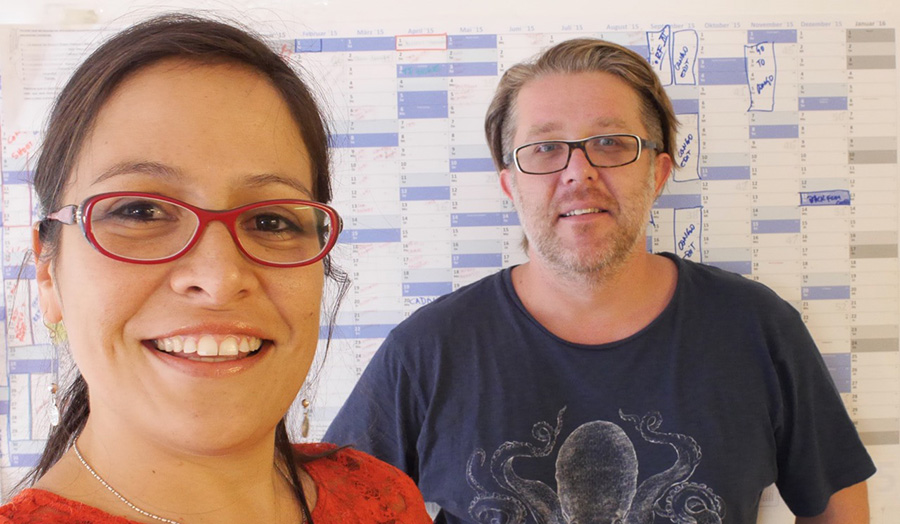