Our University Our history About

London Metropolitan University has a rich history with strong educational roots dating back to 1848.

The University as it is today was created in 2002 with the merging  of London Guildhall University and the University of North London, the first merger between two universities in the UK. Its roots, however, lie firmly in the nineteenth century with the establishment of the Metropolitan Evening Classes for Young Men in 1848.

In 1848 the then Bishop of London called upon the clergy to set up evening classes to improve the "moral, intellectual and spiritual condition of young men in the metropolis". The Metropolitan Evening Classes for Young Men was thus born and later became the City of London College and then the City of London Polytechnic. In 1992, it was awarded university status and adopted the name London Guildhall University.

Over the past 100 years, our north London campus has developed into a modern, progressive centre with a strong reputation for widening access into education.

This campus began life in 1896 as the Northern Polytechnic Institute. By 1900, student numbers had doubled and later the Institute's evening degrees were recognised by the University of London. In 1992 the Polytechnic of North London won the right to the title of University and the ability to award its own degrees. 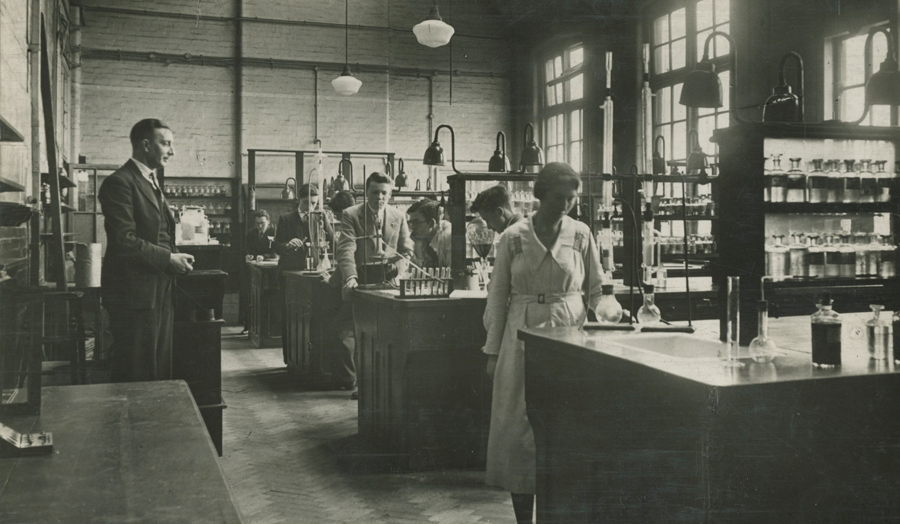 London Metropolitan University's long, rich history starts in 1848 when the Bishop of London and the Reverend Charles Mackenzie established The Metropolitan Evening Classes for Young Men.

1848 The classes are set up as a result of the Bishop’s appeal to his clergy “to improve the intellectual and moral conditions of the industrial classes”.

1851 Prince Albert is so impressed with the classes that an annual celebration of the students’ work is held under his patronage.

1861 Enrolment numbers increase to 800 and the classes are established as the City of London College. The following year all teachers are paid for the first time and a principal is appointed.

1896 The Northern Polytechnic Institution in Holloway opens its doors. Its mission: ‘To promote the industrial skill, general knowledge, health and wellbeing of young men and women’.

A thousand students enrol in the first year to be taught by 34 members of staff on courses including English, Chemistry, Botany, Hygiene, and Elocution. All were at elementary level and most were offered as evening classes.

1900 The Northern Polytechnic is an instant success; student numbers had doubled and, by 1910, every department offered day classes. A little later, five-year evening degrees were available, as was research supervision on Saturdays.

1927 The department of navigation established at the Sir John Cass Technical Institute to provide full-time courses in navigation.

1929 The North Western Polytechnic established and enrols more than 2,200 students with an academic staff of 150. The Polytechnic concentrates on social sciences, humanities and arts. Its site in Kentish Town is opened by HRH Edward, Prince of Wales, and cinema audiences throughout the country watch the event on Pathe News.

1940 The City of London College building is completely destroyed by bombing.

1944 700 students enrol on courses in the first term of the City of London College’s new residence at Electra House, Moorgate. The building was home to the University’s Guildhall School of Business and Law until summer 2019.

1954 The Sir John Cass training vessel, a 112-foot motor launch is converted into a floating school to enable students to study the operation of radar equipment and other modern navigational aids. It becomes a regular sight on the River Thames.

1966 White Paper published, A Plan for Polytechnics - ”to provide the means of expanding higher education ... by offering courses which are relevant to the vocational aims of students and at the same time retain the flexibility which will enable these institutions to respond to rapidly changing demands”.

1969 School of Navigation formed by the amalgamation of the senior department of the King Edward VII Nautical College and navigation department of Sir John Cass College.

1971 Reception held at Guildhall to mark the occasion of the designation of the new City of London Polytechnic, which starts with 2,000 full-time and 15,000 part-time students.

1971 The Northern and North Western polytechnics merge to form the Polytechnic of North London.

1990 London College of Furniture joins the City of London Polytechnic.

2002 London Guildhall University merges with the University of North London on 1 August to form London Metropolitan University. This is the first merger between two universities in the UK.

2003 A ceremony is held at Mansion House in the City of London, attended by the Patron, to launch the University. The Duke of Edinburgh, the then Patron, is awarded London Metropolitan University’s first degree.

2004 Two new buildings opened: the Graduate School, designed by Daniel Libeskind, and the Goulston Street building, designed for the teaching of law courses. Work begins on the science block.

2006 New Science Centre opens containing the largest and most advanced science teaching facility in Europe. It includes a Super Lab with 280 individual workstations and an international quality basketball court made from recycled aircraft tyres.

2007 Launch of London Metropolitan Business School, one of Europe’s largest business schools and the largest education provider of professional courses in the UK’s South East.

2009 Two thirds of the research outputs submitted by the University to the Research Assessment Exercise are judged to be "internationally recognised", "internationally excellent" or "world-leading".

2013–2019 HRH The Duke of York, KG served as Patron of the University having succeeded his father, The Duke of Edinburgh.

2014 Professor John Raftery joins the University as Vice-Chancellor in August.

2020 The name of the Sir John Cass is removed from the School of Art, Architecture and Design. This is in recognition of the fact that the use of his name contributes to the redemption of a man without acknowledging the enormous pain he caused as a major figure in the early development of the slave trade. The Centre for Equity and Inclusion is launched.