This month focuses on human rights; it is a reminder that the United Nations General Assembly codified the basic human rights of every person. It's also a time to reflect on the way we treat others, and to do what we can in the fight for equality.

Engage with the Students' Union and their campaigns around the different liberation groups or explore our Centre for Equity and Inclusion webpages with all the work they are currently doing to support human rights.

World AIDS Day – each year, on 1 December, the world commemorates World AIDS Day. People around the world unite to show support for people living with HIV and to remember those who have died from AIDS-related illnesses.

World AIDS Day was first observed on 1 December 1988 to bring greater awareness to HIV, as well as to commemorate those affected by the disease. Today, it is regarded as the longest-running disease awareness initiative of its kind in the history of public health.

Since those early years, the epidemic has changed enormously and so, too, has the global agenda. With about 38 million people worldwide who have HIV, universal testing is the main key to halting the number of new infections. Testing will identify all those who need access to treatment, which will help those with HIV live longer and healthier lives.

2 December – International Day for the Abolition of Slavery

The focus of this day is on eradicating contemporary forms of slavery, such as trafficking in persons, sexual exploitation, the worst forms of child labour, forced marriage and the forced recruitment of children for use in armed conflict.

The International Day of Persons with Disabilities (IDPD) is a UN day that is celebrated every year on 3 December.

The day is about promoting the rights and well-being of persons with disabilities at every level of society and development, and to raise awareness of the situation of persons with disabilities in all aspects of political, social, economic and cultural life. The World Health Organisation (WHO) joins the UN in observing this day each year, reinforcing the importance of securing the rights of people with disabilities, so they can participate fully, equally and effectively in society with others, and face no barriers in all aspects of their lives.

Rohatsu (Bodhi Day) (Buddhist) – December 8 is celebrated as Bodhi Day by Buddhists around the world. It commemorates the day when Buddha, Siddhartha Gautama, attained enlightenment. An ascetic and sage, it was his teachings on which Buddhism was founded.

Pansexual Pride Day, 8 December, is a day dedicated to celebrating, recognising and learning about the pansexual community.

Pansexuality (attraction which is not limited by gender) is a sexual orientation that has been plagued by misconceptions and erasure.

Pansexuality is the romantic, emotional and/or sexual attraction to people regardless of their gender. Like everyone else, pansexual people may be attracted to some people and not others, but the gender of the person does not matter. People of any gender identity can and do identify as pansexual.

Pansexuality is also more about being attracted to a person’s energy more than the body they are in.

72 % of football fans have heard anti-LGBT remarks at games over the last five years. And one in five 18 to 24-year-olds say they would be embarrassed if their favourite player came out.

The plan is for the campaign to raise awareness and tackle the present problem within sport.

Human Rights Day is observed every year on 10 December – the day on which the United Nations General Assembly adopted, in 1948, the Universal Declaration of Human Rights. We can take action in our own daily lives, to uphold the rights that protect us all and thereby promote the kinship of all human beings.

International Migrants Day is seen as an opportunity to recognise the contributions made by millions of migrants to the economies of their host and home countries, and promotes respect for their basic human rights.

With ever-increasing numbers of migrants moving throughout the world, the UN General Assembly declared the 18 December as a day to celebrate the role of the migrant and the contribution that migration brings to development.

Chanukah begins (Judaism) – the Hebrew word Chanukah means “dedication,” and this holiday commemorates the rededication of the Holy Temple in Jerusalem. Similar to the Jewish holiday of Passover, Hanukkah celebrates freedom from oppression. It also supports and celebrates freedom of religious expression.

Hanukkah always begins on the 25th day of Kislev, which is the ninth month on the Jewish calendar. The Jewish calendar is a lunar calendar, which means it's based upon the cycles of the moon.

On 20 December, International Human Solidarity Day is observed to raise public awareness of the importance of solidarity, especially in the global arena. As per the United Nations, the day is marked to celebrate unity and diversity that is present across the globe.

Winter Solstice – the solstice marks the onset of winter, at the time of the shortest day, about 22 December in the northern hemisphere and 21 June in the southern hemisphere.

"A Winter Celebration Of The Sun" – throughout history, societies across the world have held festivals and ceremonies marking winter solstice, the day of the "sun's rebirth.” Most often, winter solstice celebrations honoured the symbolism of fire and light, along with life, death, the rising sun and the moon.

Yule (Wicca/Pagan) – Yule is a midwinter festival celebrated by Germanic people, a celebration to the Norse God, Odin and a Pagan holiday called Modraniht. It revolves around thanking the Gods and Goddesses for what you have as well as celebrating nature and its changes. Yule is celebrated for twelve days, starting on the Winter Solstice.

Christmas Eve (Christian) – For centuries, Christmas was celebrated not as a single day, but as a whole season in parts of the world, beginning with this day, 24 December, Christmas Eve. In some cultures Christmas Eve is the day of preparation for the midnight feast also known as Noche Buena.

Nochebuena (literally "the Good Night") is a Spanish word referring to the night of Christmas Eve and celebrated on 24 December every year. For Latin American cultures, it is often the biggest feast for the Christmas season. Some regions include a fasting before midnight dinner. In much of Spain, Latin America, the Pacific Islands and the Philippines, the evening consists of a traditional family dinner.

Christmas Day is an annual Christian festival commemorating the birth of Jesus Christ, the Son of God. Specifically, the meaning of Christmas comes in the remembrance and celebration of God's presence in our world through Jesus, God made flesh.

Saint Stephen’s Day (Christian) – on St. Stephens Day (26 December) in Ireland, a procession takes place where a pole with a holly bush is carried from house to house and families dress up in old clothes and with blackened faces. In olden times, an actual wren would be killed and placed on top of the pole.

Stephen's Day on 26 December commemorates St. Stephen who was the first Christian Martyr. Stephen was a Greek Jew who had converted to Christianity. He was appointed as one of seven deacons to help with organising the early Christian church.

Zarathosht Diso (Death of Prophet Zarathushtra) – on this day, Zoroastrians remember the death of their prophet, Zoroaster. It's a solemn occasion devoted to prayer and remembering his life.

Zoroastrianism is one of the oldest monotheistic religions and was founded by the Prophet Zoroaster about 3,500 years ago. For 1,000 years, Zoroastrianism was one of the most powerful religions in the world and was the official religion of Persia (Iran) from around 600BC to 650AD. It is now one of the world's smallest religions, estimated to have fewer than 190,000 followers worldwide.

Boxing Day, in Great Britain and some Commonwealth countries, particularly Australia, Canada, and New Zealand, was a holiday on which servants, tradespeople, and the poor traditionally were presented with gifts. By the twenty-first century it had become a day associated with shopping and sporting events.

Kwanzaa (/ˈkwɑːn.zə/) is an annual celebration of African-American culture from 26 December to 1 January, culminating in a communal feast called Karamu, usually on the sixth day. It was created by activist Maulana Karenga, based on African harvest festival traditions from various parts of Africa, including West and Southeast Africa. Kwanzaa was first celebrated in 1966.

A Kwanzaa ceremony may include drumming and musical selections, libations, a reading of the African Pledge and the Principles of Blackness, reflection on the Pan-African colours, a discussion of the African principle of the day or a chapter in African history, a candle-lighting ritual, artistic performance, and, finally, a feast of faith.

Watch Night, also called Freedom's Eve, is a Christian religious service held on New Year's Eve and associated, in many African American churches, with a celebration and remembrance of the Emancipation Proclamation (enacted 1 January 1863), which freed slaves in the Confederate states during the American Civil War.

London's New Year's Eve festivities have regularly consisted of a midnight fireworks show; the focal point of the festivities are the South Bank, where the chimes of Big Ben at midnight signify the arrival of the new year, and pyrotechnics are launched from barges along the River Thames and from the London Eye. 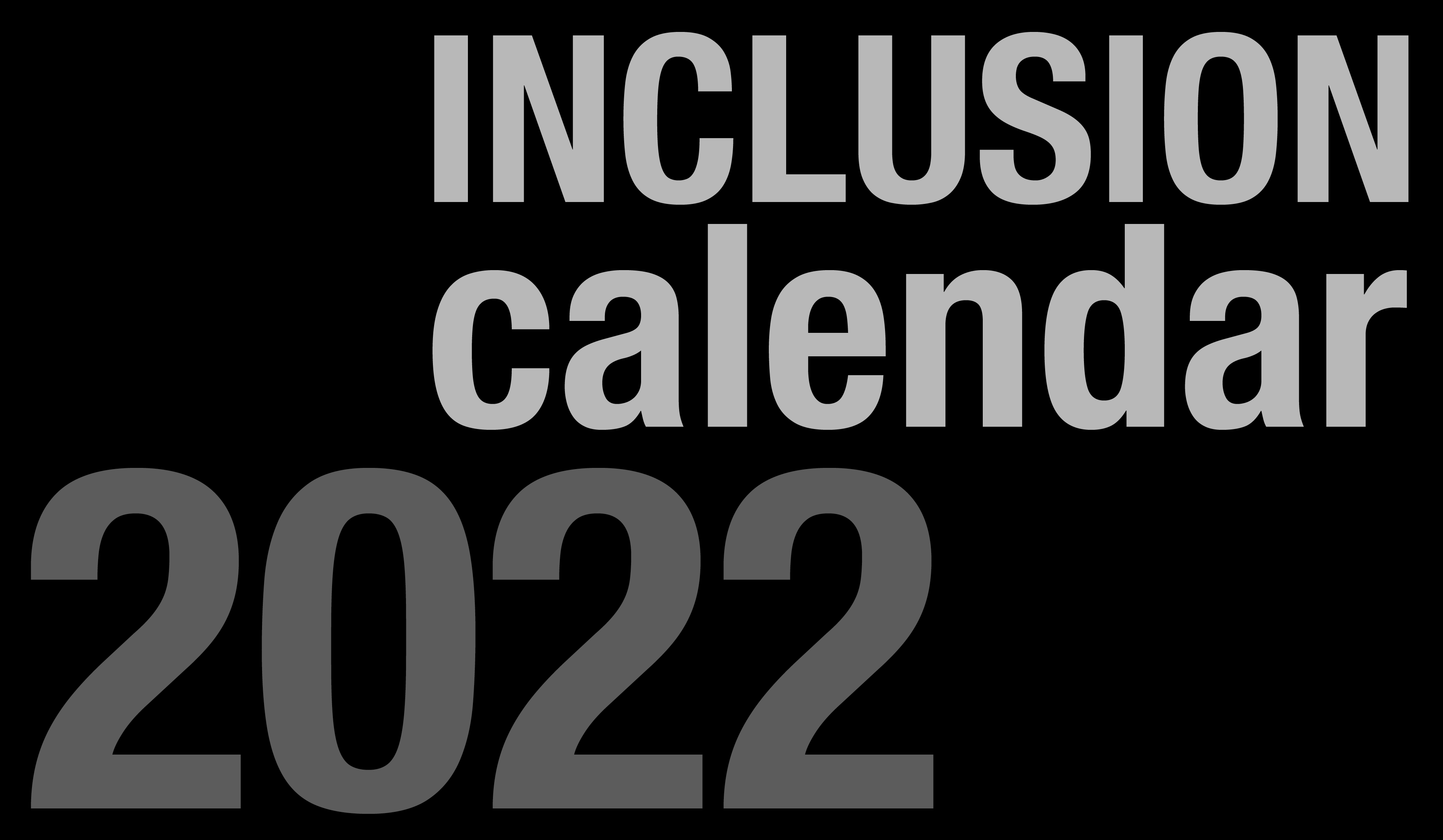