The number of UK domiciled Black and minority ethnic (BME)* students entering higher education has continued to grow over the last 10 years. Black students have seen the largest increase with a 2.6% rise from 2003/4 to 2016/17 (Advance HE, 2018). In fact, BME students are overrepresented in higher education when compared to national demographic data (Noden, Shiner and Modood 2014: 7). However, a key difference in the experience of BME and white students in higher education is attainment. BME students are less likely to obtain a first or 2:1 degree classification compared to their white counterparts. The latest data indicated that there is a gap of 13.6%, despite an increase in the overall proportion of white and BME students receiving a first/2:1 since 2015/16.

*However this is not the fault of students, it does not indicate a lack of academic acumen, nor does the students’ background have a marked impact on attainment in this context. The aforementioned are often deployed in attempts to place the onus on students and not the institutions themselves – this is in fact a structural issue – this is known as the ‘deficit’ model (explained further down).

It is important to note that the degree awarding gap differs by region. For example, it is largest in England, where Advance HE reports 80% of white graduates received a first/2:1 compared to only 65.9% of BME students – a gap of 14.2%. This gap is 4% smaller in Scotland and Wales, although there are lower numbers of BME students in these countries compared to England.

The categorisation BME is one that reduces a diversity of cultures and ethnicities into one homogenous category. Disaggregating the data for this group reveals considerable variations in outcomes. Advance HE report that whilst the awarding gap differential overall is 13.6%, Black African students have the largest gap with a 24.9% differential compared with white students. Below are the awarding gaps per ethnicity as found in the Students Statistical Report (Advance HE 2018):

Black students are most affected by the awarding gap, with Black African students facing a gap that is more than five times the lowest differential – a gap which is still significant at 4.5% for Chinese students.

Inequality in education precedes universities for people of colour, in particular Black students. The Universities and Colleges Admissions Service (UCAS) have admitted failing in their processes where Black students are 22 times more likely to have their university applications investigated compared to white prospective students. UCAS have stated that they are unclear of the cause of this. However, this may be indicative of racial bias in the application process into higher education.

Over the past three to four years there has been a marked increase in student activism calling for their institutions to exercise transparency over their awarding gap and to eradicate racial bias in degree attainment. Pressure is now rightly being put on institutions to tackle this from the higher education regulator the Office for Students (OfS), as well as from reports such as #closingthegap from Universities UK (UUK) and National Union of Students (NUS). OfS have called for universities to eliminate their awarding gap between white and Black students by 2024-25 and entirely by 2030-31 (OfS 2018). This requires higher education institutions to establish Access and Participation Plans setting out their individual targets and their ambitions to reduce the gaps in their institutions.

Many conversations that seek to understand the awarding gap have led to discussions of a deficit within the students themselves, where it is suggested that the student needs “fixing” rather than institutional reflection. This line of inquiry in itself can be misleading and damaging as it places the onus onto students of colour as proprietors of their own inequality.

This line of inquiry is known as the deficit model. Kingston University has taken a different approach to understanding and narrowing the degree awarding gap, which has become a leading method in the sector. This approach uses the valued-added metric, which allows the University to establish the probability of a student graduating with a first or 2:1. This can also be broadened out to capture probabilities for an entire cohort. For example, in 2014/15, using the value added score they were able to identify that white students were outperforming their expected metric, compared to students of colour who were performing lower than their expected outcomes (Kingston University 2014). This debunks the racialised myth that students of colour do not have the intellectual capacity to perform well, as it shows that something is happening during their university careers which is enabling white students to out-perform based on expected outcomes compared to students of colour.

Research has shown that students of colour face a multitude of systemic barriers which they must strategically, consciously and systematically navigate their way through in order to both pre-empt and tackle racism in its many forms. Whereas white students do not have the same pressures as universities themselves are built on systems of colonialism and whiteness, which translate as privilege and advantage within this sector.

The awarding gap is often described as the “unexplained” gap, but this is simply untrue. Institutional racism is the cause and to not recognise it as such is a further disservice to students of colour and to equity as a whole.

*Owen Beacock, Associate Director of Equity and Inclusion was a part of the work creating the value-added metric at Kingston University and is working on implementing it at London Metropolitan University

Consequences of the degree awarding gap

The road of inequality does not end once a student receives their degree classification; the consequences of the awarding gap can be far-reaching. Typically, students will go on to seek employment within the first six months of graduating university or pursue additional education. In the context of graduate schemes, typically the requirements for applications are a first/2:1, this is very similar with postgraduate degrees.

However, if we look at the awarding gap sector wide, we can see that there are lower numbers of students of colour receiving a first/2:1 which may exclude them from a plethora of opportunities after graduation. Zwysen and Longhi (2017) state that whilst racially minoritised people in the UK are more likely to have obtained university degrees compared to white British students, conversely in the labour market they face “substantial disadvantage.”

They also found that UK domiciled graduates of colour are between 5-15% less likely to be employed than their white British counterparts six months post-graduation. The evidence indicates that this disparity persists for over three-years after graduation. Pay is also important here. Students who remain unemployed after graduation can expect to earn 20-25% less later in their careers. When looking at earnings in detail, Black Caribbean, Pakistani and Bangladeshi women were likely to earn between 3-7% less than white British women with comparatively similar backgrounds and qualifications (Doward 2017). 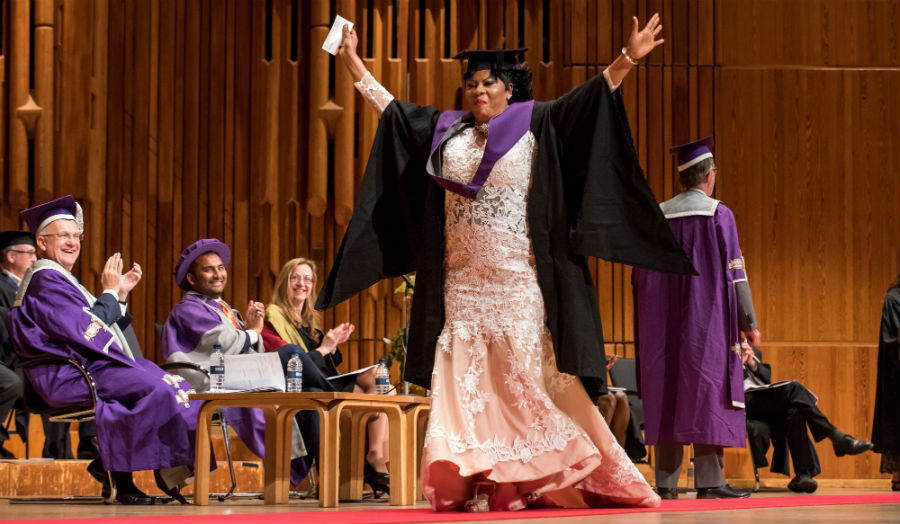