Our partnerships with overseas colleges are something that the University is rightly proud of – particularly in Nepal, where our college partnerships have gone from strength to strength, despite challenges like the 2015 earthquake and the global pandemic. London Met’s Head of Academic Partnerships Wendy Bloisi explains what makes this partnership unique.

We’ve been in partnership with colleges in Nepal since 2012. How has the partnership evolved over the years?

It started with a few undergraduate computing courses at Islington College in Kathmandu, and then we added business (the Bachelor of Business Administration or BBA). Business is still the smaller provision there, but we’ve got well over 1,000 students. We’ve also got some master’s students now and an MBA as well.

We expanded from Kathmandu into another two areas – Pokhara and Itahari. Itahari is in the east of Nepal, 19 miles from the Indian border and is a fast-growing transport hub. Its fertile plain means that it’s mainly an agriculture area. Pokhara, in the west of Nepal, is at the foot of the Annapurna mountain range and is the second-largest city in Nepal. It’s a major tourist destination for trekkers.

What’s been wonderful actually has been seeing the colleges grow. The vision of the CEO was to retain the talent in Nepal ­­– he doesn’t want to add to the brain drain, and Nepal is a very poor country. Some do go onto work in other countries but not very many.

What’s the next step in Nepal?

We’re going to celebrate our 10-year anniversary next year which is very exciting, and we’re starting on the plans for that now. We’re reviewing some of the courses because we go through a quality cycle and also, they’ve taken to online learning which is going to be delivered in Indonesia through our Nepalese partners.

What’s been the most enjoyable aspect of your involvement?

A lot of it’s working in another culture. It’s very exciting to see how much value is placed on education, and also to see what education can do for people in a developing country. The reason we go out and work in countries such as Nepal is to actually enable people to get a British degree without them having to come to the UK with all the expense – so it stops it being elitist, and it opens it up for people who would never normally have had that opportunity. It could be because they can’t afford it or else that they can’t travel – not everybody can leave their families. So they’ve been able to get a degree and a decent job in Nepal and build up from there to employ other people – so that’s what’s really really rewarding, it’s the seeing the giving back to the community.

And the most challenging parts?

Time differences can be quite challenging! But also the way education is delivered – we’re trying to get them to think of the London Met ways of doing things – student participation, student voice – this is a country that tends not to question authority, so it’s trying to get them to know that they’re in a safe space so they can challenge us, they can discuss. It’s also giving the staff the confidence to teach this way.

The 2015 earthquake was pretty devastating for Nepal – how did London Met help the local communities afterwards?

We did some fundraising – one of my colleagues in the Business School threw herself off the tower at Stratford in the Olympic Park – she’s scared of heights but she did it – and we had a number of other fundraisers in the University. More than that, we stayed with them. A lot of other universities left at the first sign of trouble because the student numbers dropped. We supported them and helped where we could, obviously practical things like extending deadlines for example. But what was noted after the event was that we were loyal to the college and they were really really pleased with that.

The college also did quite a lot in the community – they had a bit of spare ground outside the college – they let the local people camp there (a lot of locals were camping out on the streets because they were too frightened to go inside). Kathmandu’s very built up so they allowed the local community to use that space. They also organised and distributed medical supplies, water, food, that sort of thing.

As a result, and because of our association with the college, we’re known as being very supportive. And that’s really done us good for our reputation out there.

What has surprised you most about this partnership and what have you learnt?

The importance of education. In this country we don’t realise how important it is and what it can do, and how it can actually open doors for people.

I love the way they respond so quickly to things – the earthquake, and an issue with the Indian border for example – they just came together to solve these problems and got on with it.

The students are very entrepreneurial as well. A lot of what we do in the business courses there is about starting your own business and the college is really supportive in that. Our business incubator in London, Accelerator, is beginning to get involved too – out in Nepal they’ve run their own Dragon’s Den competitions and will support their students if they have a good idea – they have their own business centre and they’re very proactive.

How do you ensure that high quality standards are met and maintained at each of the colleges we’re involved with?

We visit when we can. They have to go through the University quality process as all courses do. That starts with the validation event, and then every year we review what they’ve done. After three or five years, depending on when they started, we’ll completely review them again – we’ll review the institutions to make sure they fit in with the QAA. All work is sampled, sent off to external examiners who we appoint to ensure that it actually matches the UK degrees so we are confident that the students have actually got a London Met degree which will be of the same value as if they’d studied with us in the UK.

We also do staff development – when we visit, we’ll do lectures to business, to the students – we do course committees and staff meetings, just to ensure that they meet our standards.

We introduced a scholarship – it’s a full scholarship so the chosen student gets their fees paid, their accommodation paid and they also get money as well to live on. We’ve had maybe three students who’ve successfully done it, and have then gone back to Nepal and found work either with the college or elsewhere. That’s a life-changer for them. One of the most recent students for instance was somebody who would never have had that opportunity. He could only just about afford to study at Islington College in Nepal – to be able to give him this opportunity to study in London with us has been life-changing for him.

I understand that you and London Met colleague Vince Hargy have a book chapter that’s recently come out which discusses the partnership – what was your aim in writing it?

Yes – I was asked to contribute to a chapter on TNE (transnational education) – so I thought I’d write something on our partnership on Nepal. It also fits in with the UN Goal 4, which is about quality education. Most of the research in that area tends to focus on schools and literacy, so this one focused really on what has happened in Nepal right from the start of our partnership. I interviewed some students, and they talk about their experiences about how their study there has enabled them to do other stuff. It’s quite clichéd to say that you educate a child, you educate a community – but it’s true in this case.

Obviously online learning has become more and more important with COVID-19 – are there plans to help Nepal and other countries develop online learning platforms like our own?

They just moved to online learning – they are very adaptable – because we’ve been developing the BBA in Indonesia, we’d been using one of their platforms anyway which is called My Second Teacher, and so that’s the platform they’re using for all their courses.

The only issue’s been that some of the students had to go back to their villages – there are some who come from a bit further out, where the internet might be a bit flaky, so they’ve asked for extensions for coursework, which we’ve accommodated obviously.

Is there anything I haven’t covered above that you’d like to add? 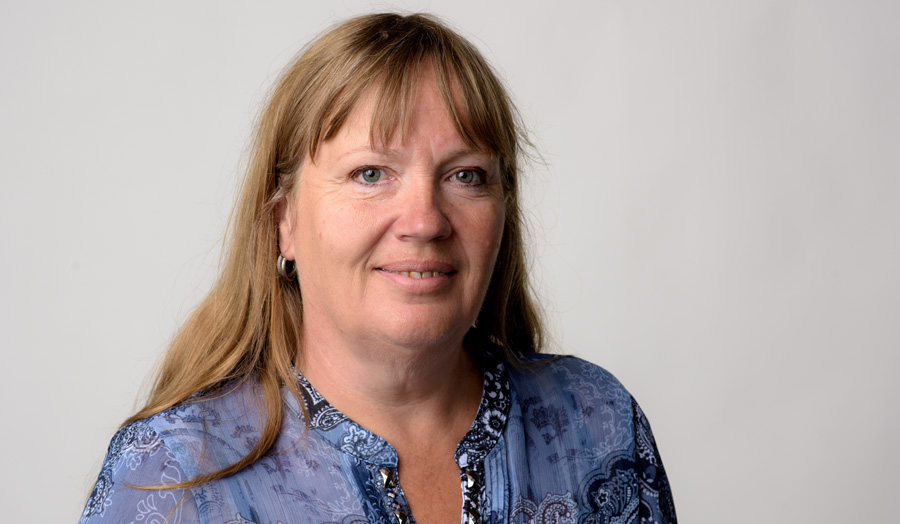 The reason we go out and work in countries such as Nepal is to actually enable people to get a British degree without them having to come to the UK with all the expense – so it stops it being elitist, and it opens it up for people who would never normally have had that opportunity.

“When I graduated I walked straight into a job and started to work as a programmer with a global company. I have now been with the company two years and I have been promoted twice. My skills are more up-to-date than those who were educated in Nepalese universities. I felt I had an advantage over others when I started my career as I had an international degree. I am lucky; I am not from a rich family and my family doesn’t have the connections that rich people have but I am able to succeed on my own merits and I am sure that a UK degree has helped.”

“I just feel lucky that while staying in Nepal with my own family I have been able to get the internationally standard learning environment.”

One student describes how their degree enabled them to join a major IT company: “I found that by having a UK degree my skills are in high demand, more so than if I had come from a Nepalese university. A UK degree is seen as more current and innovative.” 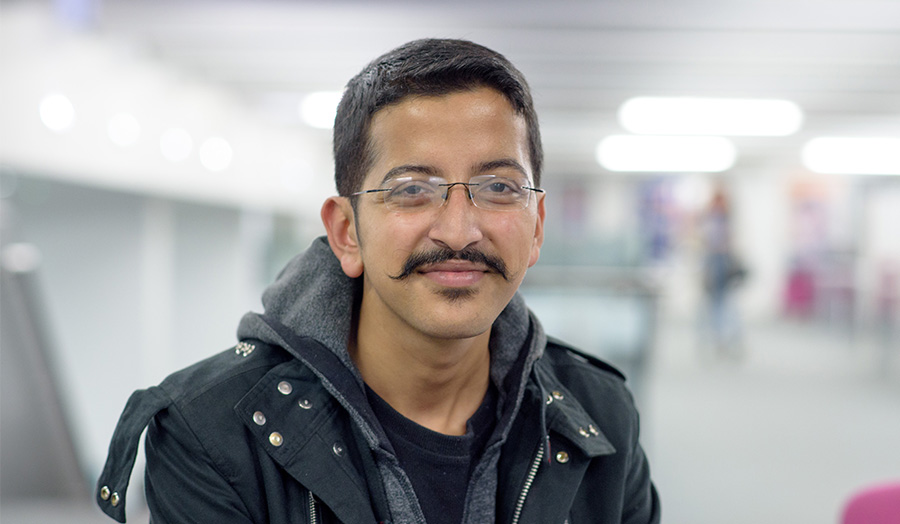 “I worked with Google, Mozilla and Wikipedia among others as a student while at Islington College, Nepal. I got the opportunity to coordinate several IT related events, which expanded my network in the industry. Apart from the regular lecture tutorial and workshops, I was exposed to the global IT industry via various workshops, bootcamps and internships, to name a few.”