Our social media ambassador Nils talks about his experience of moving to London as a member of the LGBTQIA+ community and joining London Met.

My name is Nils and I self-define as homosexual. I came out at the age of 15 and visited a school at this time where I wasn’t quite accepted – I was even bullied – because of my sexuality. Sadly, some of my former teachers weren’t well educated about the topic of LGBTQIA+ and therefore didn’t step in to help. I think that part of the problem was that they were uncomfortable with my openness about the topic.

As I didn’t feel accepted because of my sexuality, I joined a LGBTQIA+ association shortly after coming out. The association advocated for the rights of the LGBTQIA+ community and fought for equality in the area that I lived in. They also held small yearly events that were considered part of the pride parades of northern Germany. Working together with such great and proud people of the LGBTQIA+ community really helped me to fully embrace my sexuality and also develop a sense of pride for it.

Unfortunately, the city I lived in was in what was generally quite a right oriented part of Germany, which was not the most accepting of the LGBTQIA+ community. Therefore, every now and then when I left the city I lived in I felt like I had to hide my sexuality just to stay safe from homophobic attacks of any kind.

Then, in September 2017, I came to London and I was able to live fully openly as a gay man. London is so diverse and the LGBTQIA+ community is very accepted here. However, when I decided that I wanted to start studying Social Work at London Met, I wasn’t sure if I could be open about my sexuality. This insecurity resulted from Germany not being very accepting towards LGBTQIA+ social workers while I was living in foster care from the age of 15 to 18.

Luckily, the University was fully accepting of my sexuality and I got accepted for the course. As the academic year started, I realised my fears were all for nothing. The teaching staff were well educated about the LGBTQIA+ spectrum and also very accepting and welcoming towards me.

The University also made a very big step towards equality with opening a LGBTQIA+ forum in the academic year 18/19. With this forum the University offered members of the LGBTQIA+ community a space where students who self-identified as part of the community could come together in a safe environment that allowed them to be themselves without having to fear any kind of judgment. I appreciated this forum a lot as it was nice to get together with like-minded people again. I felt as though it mattered to the University that the LGBTQIA+ community was fully respected.

In my second year, the student registers even gave students the chance to provide the lecturers with their preferred names. In my opinion, this is a huge step towards accepting trans, genderfluid or non-binary individuals. It gives those individuals the chance to avoid being referred to by their birth names, which might not represent their current person anymore.

All in all, I really feel like London Met has done a great job with providing an environment where I as a gay man feel accepted and comfortable. 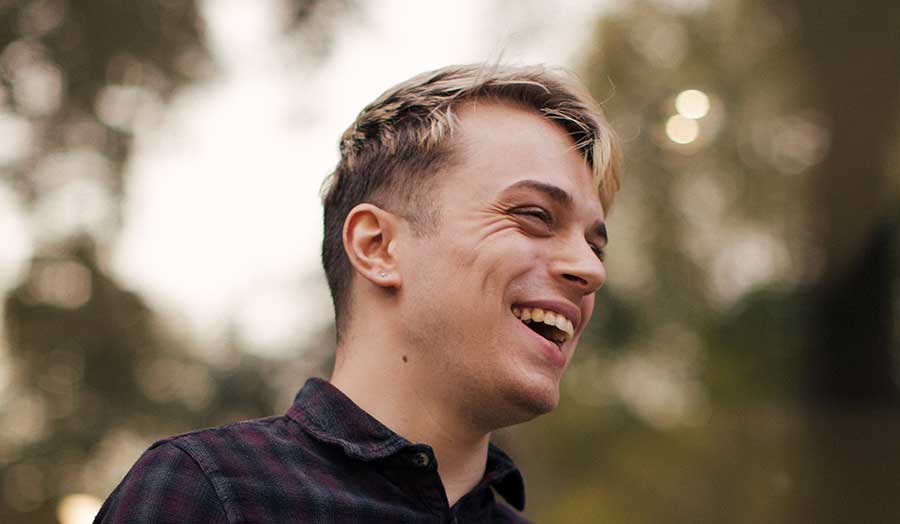 "The teaching staff were well educated about the LGBTQIA+ spectrum and also very accepting and welcoming towards me."