This cross-disciplinary dissertation studio investigates the idea of art and architecture as society. Taking cues from the performing arts and music, and the writings of early modern critical thinkers such as Henri Bergson and Paul Valéry, it looks at the creative process as something that happens between people, ‘in transit’. Open to students from all schools, the studio is home to a variety of topics and sets up an atmosphere of study rather than a specialised field of enquiry.

The notion that nothing in the realm of human culture has a fixed meaning is the most enduring and productive legacy of modernism. As early as 1848, Marx and Engels stated that ‘all that is solid melts into air’. The passage continues: ‘… all that is holy is profaned, and man is at last compelled to face with sober senses, his real conditions of life, and his relations with his kind’. Often quoted to describe modernism’s detachment from tradition – in the vein of Ezra Pound’s ‘Make it new!’ – when put back into context a different interpretation becomes possible, namely that society forms where meaning is abandoned.

This may help explain why some of the most ambiguous and ‘meaningless’ works of modern art, architecture and music have had the most profound impact on society. Malevich’s Black square (1915) or John Cage’s 4’33’’ (1952) can only be understood in the context of their making, performance and reception – or ‘use’. They constitute ‘social products … formed and transformed by the defining process that takes place in social interaction’ (Herbert Blumer on music). The rise of live art, actionism and performance; or art as social intervention that blurs the boundaries between artist, work and audience (Joseph Beuys planting trees, or Marina Abramovic being ‘present’) bear witness to what is often referred to as a ‘social turn’ in the arts and humanities.

In the realm of architecture, Adolf Loos’s Ornament and crime (1910) is symbolic of the erosion of the question of style, meaning and ‘language’. The visionary, if often brutal anonymity of early modern architectures clears the stage where new ideas of localism, ‘architecture without architects’, use and re-use, participation and social models of architecture will emerge.

Weeks 1-7: During the first seven weeks of study we explore a number of early modern thinkers whose work has lead to a critical transformation in the way we think about art and the creative process, such as Friedrich Nietzsche, Paul Valéry, Henri Bergson and Jonathan Dewey.

We discuss a broad range of artists, composers and architects whose practice bridges poetry, ritual, performance, activism and intervention, for example Joseph Beuys, Gordon Matta-Clark, John Cage, Christopher Alexander, Stephen Willats, and Peter Kubelka who famously taught a masterclass on ‘film and cooking as an art form’ at the Städelschule, Frankfurt, between 1978 and 2000. We will cook and eat together too, undertake a number of walks and visits (including a lecture by Juhani Pallasmaa on 16 October) and explore collaborative practices in research and (creative) writing.

We will practice 'looking sideways' along the horizon that lies between thinking and making/practicing. Each week we will have a visitor or a guest to guide us on a walk, come to an archive with us or lead a workshop.

Some of the teaching will be based on Umberto Eco's Come si fa una laurea ('How to write a doctoral thesis', Milan: 1977; unfortunately not available in English), an anachronistic but inspiring handbook from a time before the personal computer when access to knowledge often meant travelling through space and time. At the end of the first seven weeks, you will produce an outline of your dissertation in handwriting, or on a typewriter, without the help of computers or the internet other than to explore catalogues.

This studio is open to a broad range of topics. It is particularly suited to students who wish to explore: 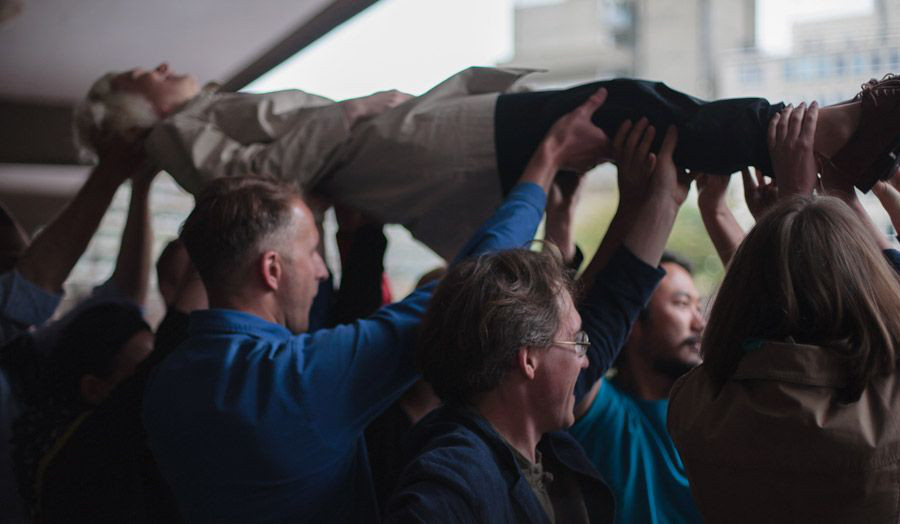