Psychology alumna Teresa Gomes Arrulo graduated with first-class honours and received the Best First Class Honours Award – Top Thirty Students, the British Psychological Society Undergraduate Award for Best Overall Performance and the University’s award for Academic Excellence. She is now doing a PhD at Queen's University, Belfast. We caught up with Teresa to share her university experience and how her course has helped carve her career.

Tell us a bit about your background

I moved from Portugal at the age of 18, aiming to pursue higher education in London. When I was younger, one of my cousins received a bursary to study in Birmingham. I think that was the first time someone in my life had made a conscious decision to leave so much behind to study abroad. At that age, my geography skills coupled with this blinding idea of London as a whole new world, sort of like the New York of Europe. I ended up almost automatically turning ‘Birmingham’ into ‘England’ and ‘England’ into ‘London’ in my head. And for whoever asked me back then where my cousin was, the answer was: “Yea, she’s in London! Can you believe it?!’ As hilarious and embarrassing as it was to break it to myself that’s not where she was, it was a little too late. I’d already envisioned how it would be if I could take that giant step too, and do more. Be more. If she could, why couldn’t I? A few years later, way sooner than I thought, London happened!

It was one of the scariest experiences of my life, having to leave my friends and family behind to start fresh in a new place. I have three siblings – an older brother who moved to London a few months after I did, with the intent of getting back into education, and two younger sisters who I’ve always aimed to become a role model for. I am the first person in my immediate family to go to university and move countries for this purpose. I graduated with a first, having received the Best First Class Honours Award – Top Thirty Students, the British Psychological Society Undergraduate Award for Best Overall Performance and the University’s award for Academic Excellence. Once I finished my degree, my research supervisor suggested I skip a master's degree and start a PhD.

Thinking back before you started your psychology course, did you ever think you’d be where you are now?

I don’t think so (at least not this early on). Even though I’ve always envisioned going through my studies in a very traditional manner (school, undergraduate degree, master's and PhD, one right after the other), I didn't expect to have been offered so many opportunities and challenges, both within and beyond academia, which I accepted and let shape my prospects. Before starting university, I was a lot less aware of how much of a positive impact I could have in areas of the ‘real world’, areas that actually matter. Starting my degree, and particularly moving to London, opened my eyes to a lot of aspects about myself and to pathways I hadn’t considered before. It gave me the confidence to aspire for bigger and better things!

How would you describe the journey you’ve been on?

Challenging, but so, so worth it.

How has London Met and the course helped in that journey?

Studying psychology whilst being surrounded by really motivated and passionate individuals has led me to learn how to take pride in my own achievements and how to allow these to be recognised.

Studying Psychology strongly developed my critical thinking skills, which now encourages me to continuously challenge existing ideas and theories, furthering the knowledge we commonly see as ‘absolute’ truths. It made me explore what I know about myself, and brought to light new facets of me I hadn’t yet looked into. It has also made me more creative, mature, open-minded and able to recognise the importance of interdisciplinary work.

Do you feel that you’ve changed as a person through your university experience?

I’ve definitely changed as a person through my journey, on so many levels. I believe I’ve grown in the way I think and in the way I carry myself. Throughout the three years, I had the chance of interacting with people who made me open my eyes to who I was and who I wanted to be, and I can honestly say that my university experience certainly shortened the gap between those two ‘selves’.

What are you currently doing now?

I’m a PhD student at Queen’s University Belfast, currently researching stress, psychopathy and music. My research essentially focuses on personality and music as accessible, low-cost tools that anyone can use to combat daily stress and its negative consequences. Even though both personality and music in association with stress, have been greatly researched over time, certain stereotypically negative personality characteristics and music styles tend to be left out from these investigations for being less socially desirable. Consequently, people might be missing out on effective stress-coping mechanisms because they allow the negative connotations of psychopathy and hip-hop/rap to overshadow their potentially advantageous features. As such, my project aims to highlight the potential benefits of (1) psychopathy and (2) listening to hip-hop/rap music on one’s experience of stress. It also aims to investigate how willing people are to learn about these positive facets and, consequently, change their negative attitudes towards both concepts to make the most of their stress-coping benefits.

What’s it been like studying among such diverse students?

I think London in comparison to other places gives you the privilege of unashamedly being yourself, which is absolutely invaluable given the amount of pressure one is exposed to in such a busy environment – especially as a student. Being a student at London Met complemented that by making me feel like I belonged and giving me more confidence to showcase my true potential.

Can you describe your experience in one word?

Any advice for new students?

Make the most of all opportunities thrown your way – especially the scariest ones! 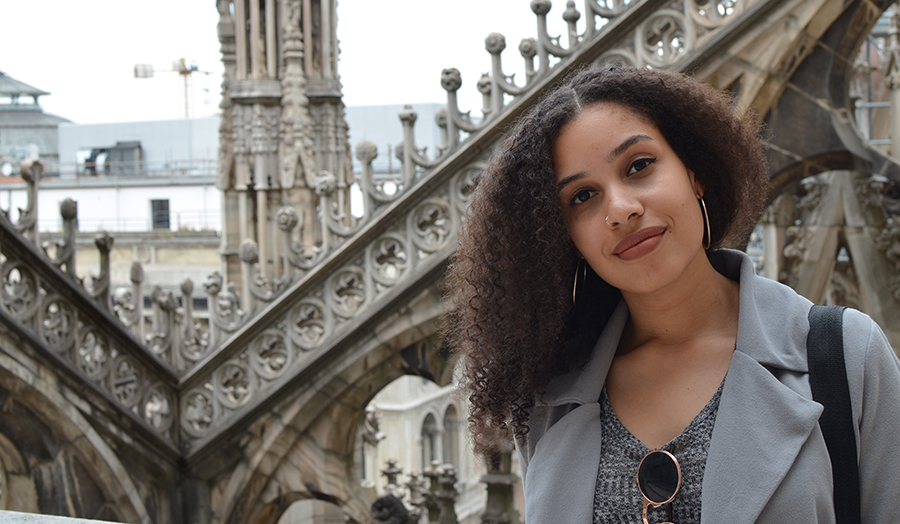