Winner of numerous awards including Trendsetter Designer Jeweller, Imogen Belfield studied our Jewellery BA (Hons) at the School of Art, Architecture and Design. Since breaking into the world of fashion and jewellery in 2010, Imogen's covetable pieces have won the attention of a plethora of celebrities, including Georgia May Jagger, Uma Thurman, Nicole Scherzinger and Rita Ora.

Most recently Imogen’s jewellery was specially chosen for Cameron Diaz to wear in the latest Ridley Scott movie ‘The Counsellor'.

As a graduate from the School of Art, Architecture and Design, Imogen won New Designer of the Year One Year On in 2010, Bright Young Gem 2011 at International Jewellery London, as selected by Hilary Alexander and Vivienne Becker, and in 2012 went onto win the Kick Start and Style Sight Trend award.

In September 2012 she was announced by Professional Jeweller as a NEXGEM and in the list of Hot 100 jewellers in the UK and internationally.

Most notably, Imogen was selected to be part of the British Fashion Council’s Rock Vault at London Fashion Week, curated by Stephen Webster.

Imogen has been back to London Met to give lectures on her work since graduating. She talks here about her career and how London Met helped her:

"I set up my business in 2009 and since then I've managed to secure stockists with Harrods and Harvey Nichols, Kabiri, and also international stockists. I source all my materials from Hatton Garden – I use gemstones, I use minerals which I source from the Natural History Museum, and also precious and non-precious metals. I use a lot of hand-carving techniques, and castings and mould-making techniques as well... and I show with London and Paris Fashion Weeks.

"London Met were brilliant for helping me – I could really cross over between different departments which is where I developed different mould-making techniques.

"I'm proud to be London Met because I was given the help to nurture my artistic vision and creativity but also help with how to actually start a business – whether it's doing your business plan or your five-year plan. I was given the knowledge that I needed to make the product and then take it into the commercial world – and London Met did that for me." To hear Imogen's full interview, see her alumni video.

"It's a brilliant London art school, from which I graduated with a BA in Jewellery in 2008. I feel very honoured, as my years of training, learning and discovering at the School of Art, Architecture and Design were some of the best, and I am incredibly proud to be an alumna! Thank you guys!" [Instagram] 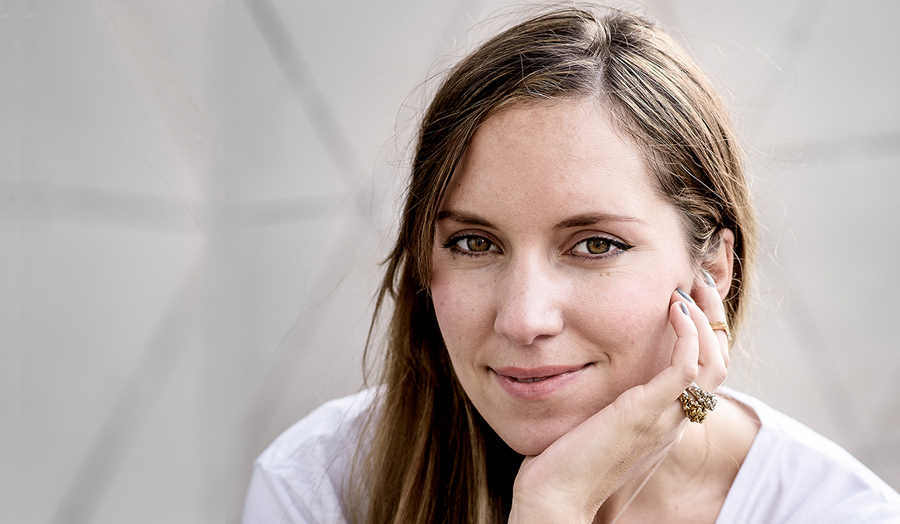