Alex Kayode-Kay graduated from London Met with a Film and Broadcast Production BA. He is now working as an actor and filmmaker – his TV pilot The Solution was nominated by Edinburgh TV Festival for a New Voice Test Card Pilot award.

Can you explain a bit about The Solution, and what your roles in it have been?

The Solution is a detective comedy noir, as I like to call it. It's about a private detective character (played by myself) who runs a struggling detective agency. He then runs into a 12-year-old genius girl who wants to be a detective, and all sorts of hijinks occur. It has humour, action, drama... a bit of everything really. And I'm especially proud of how diverse the cast is, without the show being about something clichéd like life on a violent estate or whatever. Things are getting better, but it's still not as common as it should be to have casts like this on British television in shows that should have broad appeal. I'd like to see The Solution move beyond the pilot stage, but I'm happy that it's been recognised by the Edinburgh TV Festival.

My roles on The Solution have been as lead actor, writer, producer, executive producer, co-director and songwriter.

I understand you also run a film production company – what’s involved in that?

A huge amount of work! With FatOedo Productions (my company), logistically, everything has to go through me. I hire everyone on a production, make sure everyone is paid, and ensure all the contracts are drawn up and signed. And that’s without getting into the creative side of things, which I find more enjoyable, but also requires just as much input. As we grow and take on more staff, I hope to be able to step back and share the workload around, but for now, I do whatever needs to be done.

Can you tell us a bit about your background and why you chose to study at London Met?

I was born in Camden Town to Nigerian parents. I'm proud of my Nigerian heritage, as well as my British roots. I've lived in different parts of London, but mostly in south London. For fitness and recreation, I enjoy boxing. I also like going to the theatre and binge-watching good TV shows.

I studied at London Met because they accepted me on the course I wanted, and the facilities looked good.

Where did you live while you study?

For much of my time studying, I rented privately in Seven Sisters, which is in north London. It was a cool place. There were lots of things to do and good nightlife in the surrounding areas. Then it was wake up the next day and study.

Good. At London Met, I got regular access to filming, lighting and camera equipment for the first time. That was invaluable for what I'm doing now. The recreational facilities were pretty good – including the basketball courts at the Holloway Road campus if I remember correctly.

What were the most challenging and the most rewarding parts of your course at London Met? Were the lecturers supportive?

I suppose a big challenge was repeatedly getting thrown into group projects with people you sometimes barely knew, who often shared a completely different work ethic to you. But it was useful – those situations inform my work today as a producer.

Rewarding parts were pulling off things I didn't necessarily expect of myself, including producing and directing things like a documentary short on sickle cell anemia patients. And writing a feature film script as part of my dissertation.

Within the course structure, I felt almost all the lecturers to be generous with their time. And I learned a lot.

Were you in any clubs/societies here?

I worked on the University’s Verve Magazine as a student journalist, writing some reviews and features.

What makes you love living in London?

London is probably the most cosmopolitan city in the world outside of New York. I love the range of cultures and people within the city.

On the weekend I like to go and watch a play. As I'm also an actor, it's instructive to see really good stage actors do their work. I last acted on stage in a play called 13 at the Clapham Omnibus theatre a few years ago, and it was an exhilarating experience. Different from acting on camera because of the immediate audience feedback. I'm looking forward to doing stage work again.

Did you find it easy to make friends at London Met?

Yes. People at London Met were fairly relaxed and easy to get along with.

What’s the next step in your career?

To grow my production company. Collaborate with good people. Develop new projects to produce and direct. Become a better actor, writer and filmmaker. London Met helped give me some of the fundamental and technical skills necessary to do what I'm doing at this stage of my career.

What advice would you give to new students to help them succeed in their careers?

Work harder than the other guy (or girl). Some people have all the talent in the world, but they don't necessarily achieve what they should or could, because the application is not there. Don't give up too easily, because there will always be knockbacks. I'm not saying it's the most original piece of advice, but I think it's the most crucial thing, especially if you aren't coming into an industry like filmmaking with any “connections”. I'd love to say I had a nepotism connection to help me out in this industry, but I didn't know anyone. So I just had to grind. And I'm only really just getting started. 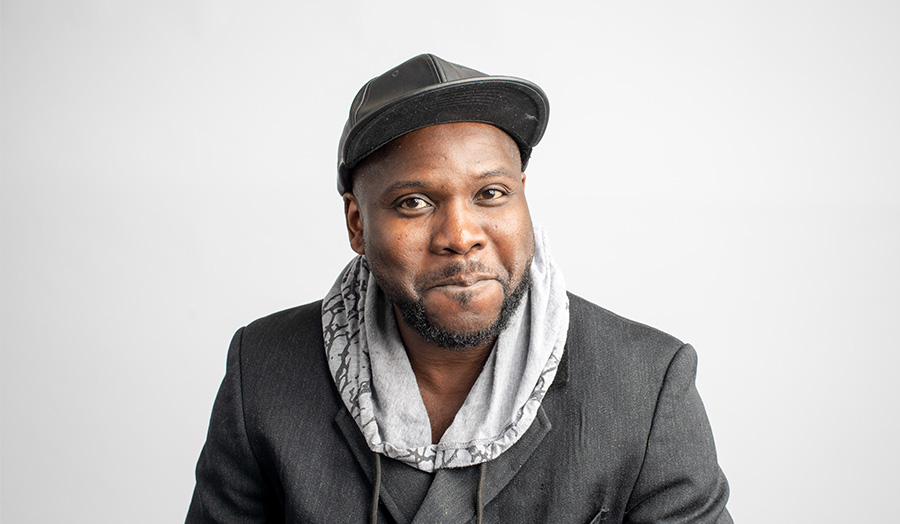