Vice-Chancellor, Professor Lynn Dobbs, met with the new international scholars to warmly welcome them to the University, and to get a sense of how they were finding adjusting to life in a new city. For many of the group, this is their first time in London, yet all of the scholars were thoroughly enjoying what the city had to offer, explaining that London Met’s location within the country’s capital played a part in their decision to study here.

The new group of students are a mixture of Chevening scholars and International Students’ House (ISH)/ London Met scholars, all studying a Masters course here at London Metropolitan University. Their countries of origin range between Nepal, Morocco, Nigeria, Cambodia, Iraq and the United States.

This year’s Chevening scholars are:

The ISH/ London Met scholars are:

The scholars went on to comment on the learning environment at London Met, conveying their admiration for the academic structure of their courses, as well as the level of interaction with their lecturers and the overall practicality of the courses they were studying.

“I chose London Metropolitan University because it's one of the few institutions in the UK that offer Arabic in conference interpreting. I only wanted to focus on interpreting and not mix it with translation, as many UK universities offer an MA combining the two, not just interpreting. Also, after researching which Masters to undertake, I found that London Met has some very impressive partnerships with the UN and the EU.

“After I finish my Masters, I'm planning to establish my own translation and interpreting business in Morocco. I'll also try to join professional associations here in the UK, Europe and in my country. I may also see if I can get funding to do a PhD degree.”

“It was wonderful to see how ambitious and confident the international scholars were when talking about themselves and their journeys up until this big point in their lives. They’ve come to London Metropolitan University to learn new skills and ways of thinking, and I found it incredibly inspiring that, for many of them, their key aim is to take all that they’ve learned during their studies back to their countries of origin, to help make the changes they want to see. Striving for positive change is one of the messages I want to embed within every aspect of the University.” 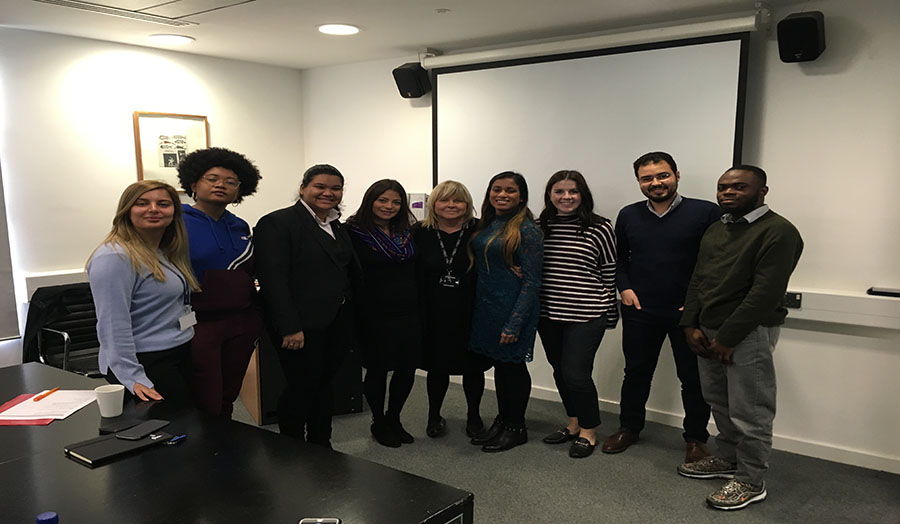