Unmasked News from the School of Art, Architecture and Design

Alumna and student collaborate on exhibition of participatory photography by female survivors of modern slavery.

The project brought together work by the women to raise awareness of the growing number of hidden men and women still in slavery today. Masks were used as a device to protect the participants’ identity, yet by covering up they were free to uncover themselves. As one woman said, “Behind the mask I am free to feel.”

Project leader Fiona Yaron-Field is a British artist and psychotherapist.  Through subjects close and personal, she reflects on bigger social and cultural issues.  She has a collaborative approach so that the act of photography is an empowering experience for subject and photographer. Fiona has participated in symposiums, publications and international exhibitions. She is one of the founders of 'Uncertain States'. Author of 'Up Close', a book which describes, her relationship with her daughter Ophir who has Down's Syndrome.

Fiona was assisted on Unmasked by artist Mina Boromand who is a third-year student on BA Photography at the School of Art, Architecture and Design. Originally from Iran, Mina has lived in numerous countries under politically-charged circumstances, including Afghanistan and the Soviet Union, and draws on her rich and unique life experiences to shine a light on the human condition.

Unmasked evolved from Belongings, a longer project which saw Fiona Yaron-Field work with women in Medaille Trust Safe Houses . You can see work from the Unmasked in an online exhibition here 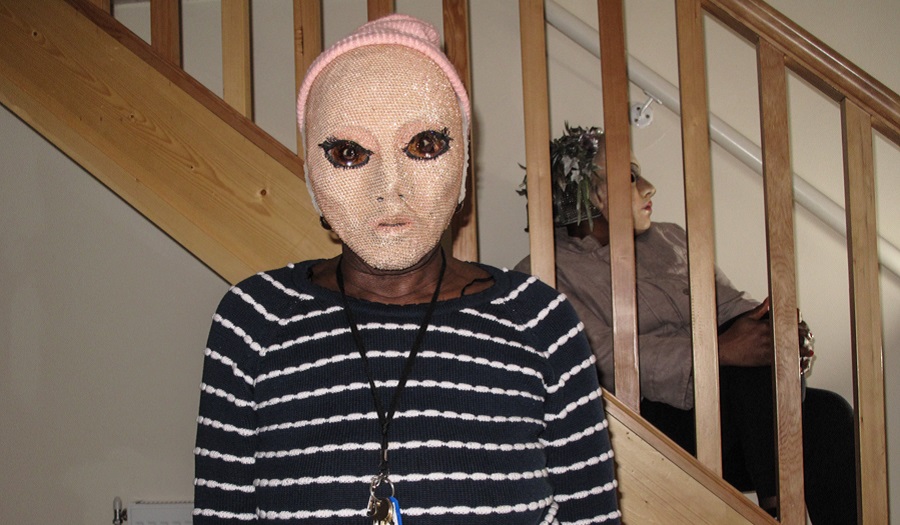