Belongings News from the School of Art, Architecture and Design

A photographic series by London Met alumna Fiona Yaron-Field explores the stories of victims of modern slavery through objects.

A photographic series by the artist, psychotherapist and London Met Photography MA alumna Fiona Yaron-Field, focuses on the lives and experiences of female victims of modern slavery, using objects they have carried with them as a way to reveal their story.

Entitled Belongings, the series refers to the surviving mementoes from women who have been trafficked to the U.K, Women who have survived forced sexual exploitation and/or forced labour.

Fiona Yaron- Field explained, "I asked the women, now in Medaille safe houses, if they had any object that had made the journey with them, something they had held onto from their country of origin. I imagined the object would be the vehicle to reveal their stories without revealing their identity and exploiting them further.

Some women had nothing, for many, it was attached to their bodies, and others asked me to photograph what gave them hope today. As each object was offered and its story was told, private meanings unfolded. I slowly recognized a repeating theme - that the object was precious as it held an attachment to 'another', someone loved.

"While traffickers (and the 'clients') intentionally strip women of their worth to control them, the image/object reflects the quiet strength of their spirit, a sign of their extraordinary resistance. These mundane objects, overlooked by their capturers, enabled the women to hold on to a sense of their self. A self that made them resilient and ultimately gave them the power to escape.”

Fiona Yaron-Field is a British artist and psychotherapist.  Through subjects close and personal, she reflects on bigger social and cultural issues.  She has a collaborative approach so that the act of photography is an empowering experience for subject and photographer. Fiona has participated in symposiums, publications and international exhibitions. She is one of the founders of 'Uncertain States'. Author of 'Up Close', a book which describes, her relationship with her daughter Ophir who has Down's Syndrome. Fiona works as a student counsellor, runs art therapy groups and has a private psychotherapy practice. She has recently worked with London Met student Mina Boromand on Unmasked, another project and exhibition with women housed by the Medaille Trust.

You can visit an online exhibition of images from Belongings here. 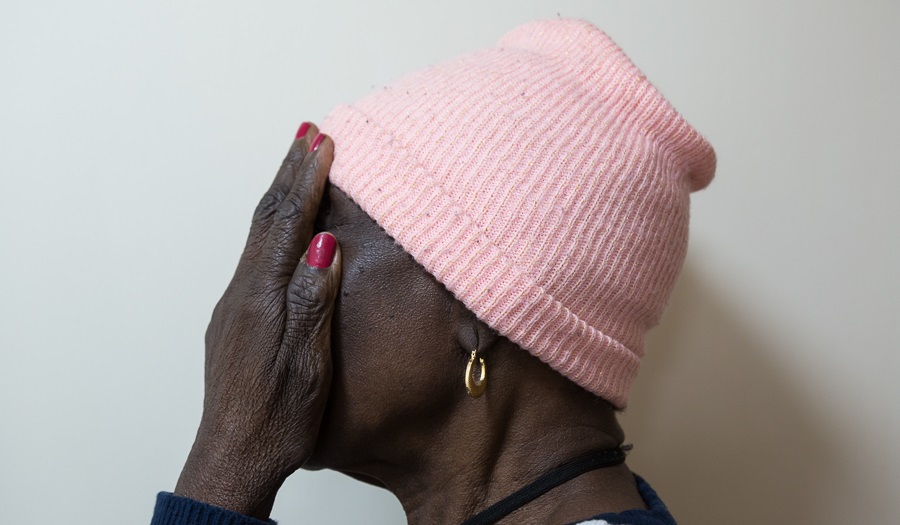