A new report calls for institutions to recognise the existence of Islamophobia, do more to examine its impact, and take decisive action to eradicate Islamophobia from campuses.

Universities in the UK are failing to acknowledge the growth of Islamophobia on their campuses and have done little more than offer ‘empty platitudes’ in their efforts to tackle discrimination against Muslim students, according to a new report from London Met's Centre for Equity and Inclusion.

The report, Institutionalised: The Growth of Islamophobia in Higher Education, combines data-informed insights and research into the experience of Muslim students in higher education across the country with vivid personal accounts from students and staff at London Met to present a compelling holistic picture of the challenges being faced by Muslim students studying in UK universities.

Sofia Akel, London Met’s Race Equity Lead within its Centre for Equity and Inclusion, and the report’s author said: “The Institutionalised study builds on past Muslim scholarship and research and adds the experiences of Muslim students at London Met to present a compelling case for urgent action.

“Universities have failed to see the multifaceted and insidious nature of racism, despite the body of evidence which points towards the institutionalised form that racial oppression takes. What this looks like in practice, is a lack of appropriate responsiveness and decisive action against racism in its many forms. Institutions must charge themselves with the responsibility of understanding Islamophobia beyond the superficial - from how it operates through to its potential impact on recruitment processes, the psycho-social environment and to complaints procedures.”

The findings have prompted a number of recommendations for higher education institutions looking to eradicate Islamophobia within their institutions.

The Institutionalised study is the first major report from London Met’s Centre for Equity and Inclusion, which was formed last year to realise the University’s commitment to social justice and to act as the ideological driving force behind London Met’s pedagogy, the student experience and workplace culture.

Professor Lynn Dobbs, Vice-Chancellor of London Metropolitan University, commented: “Words alone will not address Islamophobia which is why this important study has been conducted in order to understand the issues and challenges present at London Met.  As an institution committed to supporting diversity, equality and social justice, this report represents a valuable opportunity for us to listen and learn from our Muslim students and colleagues. These findings will inform the direction of our own efforts to make London Met a more welcoming place for members of the Muslim community, and we are looking forward to leading this important work within our sector.

“Every institution has its own unique culture, and I hope The Institutionalised report can be used as a springboard by institutions to begin their own internal discussions and work on Islamophobia, supporting positive change across the sector.”

The report has been welcomed by one of the country’s foremost commentators on race and racism in higher education, Dr Jason Arday: “London Metropolitan University’s definition of Islamophobia challenges the sector to orientate towards more tangible and penetrative interventions that can dismantle and address the continuous victimization of Muslims within British higher education and beyond,” said Dr Arday, who was recently appointed a visiting Professor with the Centre for Equity and Inclusion, in his foreword for the report. “This welcome and much-needed report reflects the University’s commitment to dismantling Islamophobia and comes at a seminal moment in our race relations history. It synthesises the sector’s need to continuously develop anti-racist endeavour, and represents another significant step towards achieving racial equality in Britain.”

Across the HE sector, only 64% of Muslim students achieve a First or 2.1 in their degrees, a stark contrast from the 87% among Jewish students (the highest of any religious group) and 80% of students with no religion who achieve these higher grades. Interestingly, when comparing the attainment of White students, which is typically highest along racial lines with 81% attaining these top grades, White Muslims’ attainment drops to 68%. “Once categorised as Muslim,” the report explains, “white students’ attainment suddenly   drops, almost entirely replicating the disproportionately low degree outcomes of their counterparts from racialised backgrounds.” Muslim students are also significantly more likely to not complete their studies, with a sector average drop-out rate of 8.8% compared to 6.8% when looking at all students.

In November 2020, London Met became the first UK University to adopt the working definition of Islamophobia as offered by the 2018 All-Party Parliamentary Group on British Muslims, an important step signalling a series of institutional activity strengthening the institution's commitment to eliminating Islamophobia alongside other forms of hate and harassment.

Other steps the University has already taken include launching the Centre for Equity and Inclusion with a team of specialist staff with expertise in anti-racism and decoloniality; creating a Decolonising Met Group which seeks to support staff in the process of de-centring the European and colonial lens within their teachings; and bespoke group counselling circles for Black and minoritised students. In addition, the institution will be launching a Race Equity Strategic Plan in February 2021 which will set out a wholescale institution change programme.

The report launch was marked with an online panel event. Panellists include Izram Chaudry (University of Leeds), Dr Zain Sardar (Aziz Foundation) and Dr Fatima Rajina (Stephen Lawrence Research Centre, De Montfort University) will explore Islamophobia in Britain and within Higher Education during the discussion hosted by the University. 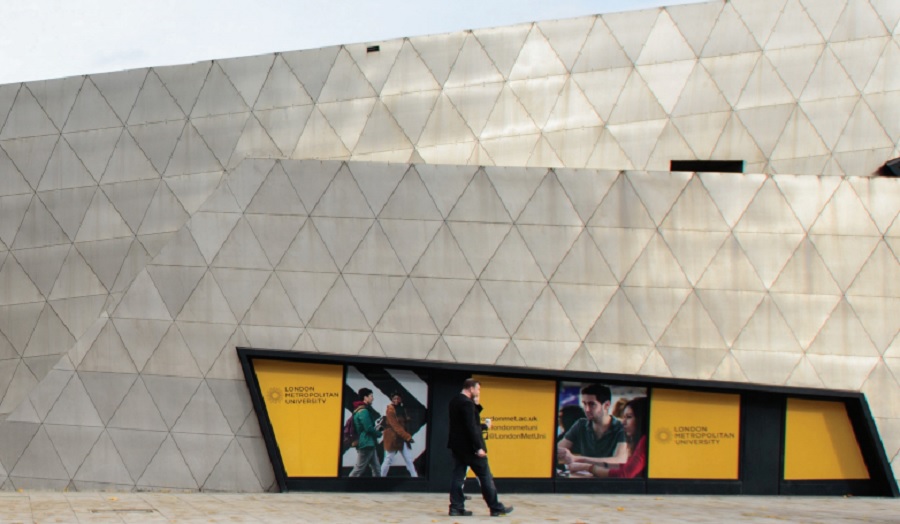