Thinking outside the box (and the classroom) News

Improving your CV in a workshop, grilling the Mayor of London, discussing the American music scene - at London Met, students get to learn without books, lectures or essays.

These activities were all part of ‘Enhancement Week’, one of several held at the University each year to develop students’ skills, knowledge and experience beyond the classroom.

The idea is to offer students up-to-date experiences relevant to the subject they are studying. The activities are designed by course teams directly for each module, and for all students on the same degree.

According to BA Journalism Course Leader Victoria Neumark Jones, the Vice-Chancellor of London Met, Professor Malcolm Gillies, feels there “needs to be time in the university year for activities that are not directly assessed, but which make for a richer understanding of the applications of knowledge.”

Enhancement weeks aim to do just that.

Journalism students, for example, visited City Hall to report on a London Assembly debate between city councils and London Mayor Boris Johnson about the legacy of the Olympic Games.

“I didn't know what to expect, but definitely not the Mayor,” laughed Fanni Parma, a first year journalism student at London Met. "I was feeling like a professional journalist sitting between the Guardian editor and BBC reporters listening to Boris Johnson."

Journalism students also had an opportunity to watch a documentary about opium addicts in Afghanistan, and talk to independent film maker Lucy Lyon about her three years working in the country.

"I found the film and the lecture very interesting. It was definitely something to think about," said Parma after the documentary screening at North campus.

The concept of Enhancement Week is still developing, but it promises to be even more popular next time - if that's possible. "My students were overwhelmingly enthusiastic, with some of them going to three or more activities," said Journalism Senior Lecturer Wendy Sloane.

"I'm planning a trip to the ITV studios next time, where students will have the chance to take part in a live broadcast," she said. "It was easy to set up as one of the editors there is a former London Met student."

In London Metropolitan Business School, MA Sports Management students left the classroom to visit AVIVA Champions Harlequins rugby club, where they had guest talks from Harlequins managers, a private tour of the stadium and watched the team beat Bath. The visit provided a real insight into how a top flight sports club is run.

LMBS student  Wendy Godthelp said she was impressed with the idea of Enhancement Week.  "I did like the concept. I think it is interesting for students as I know, compared to Holland, they don't do these kind of things often," she said.

"It's good to learn from people who are actually working and to hear what business is really about. Only studying theories is not a complete way of learning about business."

Enhancement Weeks are just another example of how London Met helps boost student employability, something which is paying off for graduates. It was recently reported that London Met is the number one modern university in the UK for graduate starting salaries.

This news article was written by BA Journalism Student Ida-Sofia Ääri.Find out more about studying journalism at London Metropolitan University. 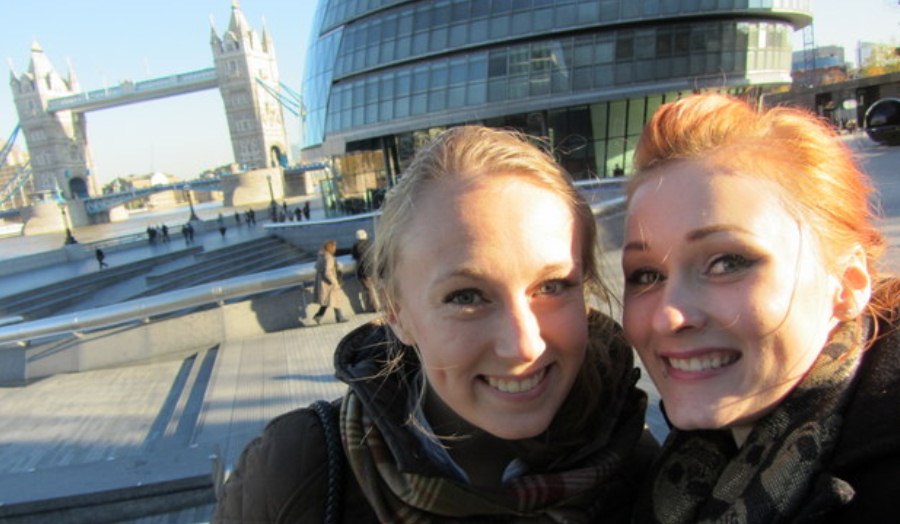