Shrine of the Goat: new Live/VR Performance work from London Met academic News from the School of Art, Architecture and Design

Dr Jacek Ludwig Scarso is set to continue his collaboration with Anise Gallery and AVR London with a new Live/VR Performance as part of London Festival of Architecture (LFA) 2022, 10-12 June.

Following the success of their previous collaborations at Tate Modern, In Limbo and The Pecking Order, which saw thousands of visitors in the space of a few days, this new work is entitled Shrine of the Goat.

In an ongoing live experience, Shrine of the Goat invites the public into a dystopian/utopian world, where we ponder on what would happen if goats were to outlive - or indeed replace - humans in an increasingly fragile environment. A theatrical live scene is merged with music and an integrated VR Performance in response to the unique site of The Old Chapel in Forest Hill, creating a dreamscape where visitors and performers intermingle. Physically and virtually immersed in a surreal habitat, visitors are confronted with the image of goats as a poignant metaphor for stubborn resilience and an unpredictable future.

Playful, bizarre and mysterious, the piece directly responds to LFA's 'ACT' theme, using performance as a vehicle to interact with the idea of architecture as spectacle, and to poetically reflect on the fragility of an urbanised ecosystem. The piece will also the participation of students from the Theatre & Performance BA and Theatre & Film BA, as well as the Public Art & Performance.

Jacek says "It's always a pleasure to collaborate with Anise Gallery and AVR London and this year's LFA theme 'ACT' is the perfect stimulus to create a new, theatrical and virtual metaphor to explore our complex relationship with the environment. The unique site of Anise Gallery's Old Chapel will be both an atmospheric backdrop to the piece and a poignant layer for the message of the work. We look forward to seeing you there!"

Jacek's previous collaborations at Tate Modern were also featured in his publication "Critical Theatricality and the Museum Space", as part of the International Journal of the Inclusive Museum (2021). 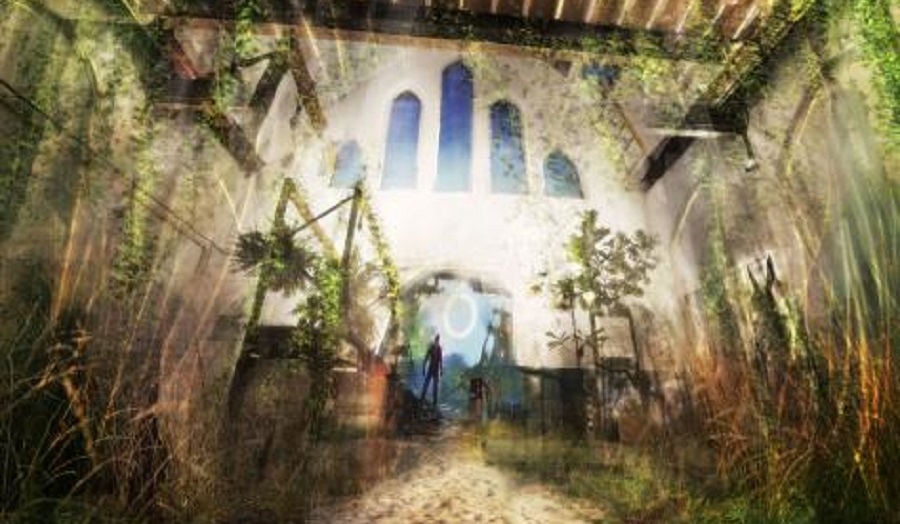 (Image: Shrine of the Goat - screenshot from VR design, courtesy of AVR London)