"Show, don't tell": the Guardian's Simon Hattenstone on being a good interviewer News from the School of Computing and Digital Media

Third-year Photojournalism student Alex Cimpeanu reports on a visit from the seasoned feature writer, who shared his top tips for writing profiles.

Guardian feature writer Simon Hattenstone gave interviewing tips to third-year Journalism students yesterday, telling them to get a portrait of a person, make sure readers enjoy what they're reading, and figure out what will make a decent news story.

Hattenstone, 59, has interviewed plenty of famous people in his illustrious career, including filmmaker Agnes Varda, artist David Hockney, Angelina Jolie, Shania Twain, Boris Johnson, Piers Morgan and probably everyone else you can think of.

He entered the classroom, set up his PowerPoint, peeled a banana and started to share his experiences.

"A lot of interviews are done in impersonal places like hotel rooms," he said, telling students about the time he interviewed David Hockney at his house on a Saturday night over fish and chips and how much of a difference it made.

He also spoke about the advantages of interviewing people on Zoom. "With Zoom, people forget they're being interviewed," he said, adding that you should ask about quirky things in their background to make the writing more personal.

"Get beyond the way that people want you to see them!" he said, waving his banana around before taking a bite.

To make the most of an interview, one must have empathy, understand what motivates people, where they come from, and where they are now. Takes another bite.

Hattenstone goes on to teach students the importance of researching before an interview, as it's not only respectful but also can help with the story-telling. He got Helen Mirren to talk about her past life as a "fetishist" by digging up old clippings about her, he said.

"Show, rather than tell," he says, pointing at getting quotes that are speaking of the person interviewed, rather than describing them.

He remembers interviewing Boris Johnson before he was Prime Minister, as well as Keir Starmer, who both ended up not exactly telling the truth.

"There will never be 100% accuracy, all we can do is do the best we can," he says, preparing to wrap up the session, but not before mentioning the importance of humour and of asking tough questions cleverly, such as the time he politely asked Woody Allen why he managed to attract so many beautiful women when he's so ugly himself.

Being nice helps, he adds. "The idea you have to be a hard bastard to go into journalism is rubbish," he said.

At this point he is half out the door, time's up, and although he still has many more stories left to tell, at least he can finally finish his banana. 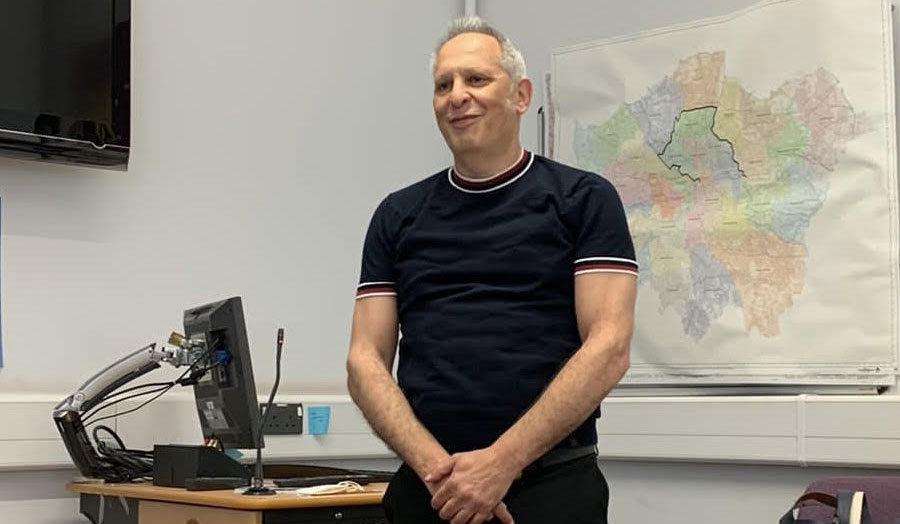