Redefining theatre with The Living Theatre News from the School of Art, Architecture and Design

Redefining theatre with The Living Theatre News from the School of Art, Architecture and Design

The Living Theatre, one of the world's longest running experimental theatre companies, visited London Met to deliver a two-day workshop and lecture.

The Living Theatre, which is the oldest experimental theatre group in the United States, held a two-day workshop at London Met and visited The Cass to give a talk as part of Making A Living week.

The intimate workshop, ‘A Day in the Life of the City,’ which was held on 24 and 25 November, introduced students to the basic techniques used by the company and saw them collectively create a play for public performance.

Participants explored what theatre today should express, covering a range of topics such as the political struggles of the day, war and peace, local concerns, technology, love, or the individual and the group.

Members of the ensemble also gave a talk to London Met students, staff and alumni on the company’s anti-establishment legacy and discussed what it means to be an artist in the US today.

The evening included a screening of the documentary ‘Love and Politics’ which explores the life of The Living Theatre co-founder Judith Malina and her revolutionary concept of theatre.

Dr Scarso said: “Since working with The Living Theatre in New York, where I was honoured to meet the late Judith Malina, I have been adamant to organise a collaboration with the Company here at The Cass. Their work and ethos are truly remarkable and it was such a privilege to share two intensive days with an ensemble whose legacy has changed the course of theatre history.

“At a time of global instability, their vision is a potent reminder of what art can do to restore hope and unite people. We now look forward to making The Living Theatre a regular partner with our courses, so watch this space!”

The Living Theatre was established in 1947 as an imaginative alternative to the commercial theatre by Judith Malina and Julian Beck. They have staged nearly 100 productions performed in eight languages in 28 countries on five continents, developing a unique body of work that has influenced theatre globally.

An album of images from the event is available on Facebook. 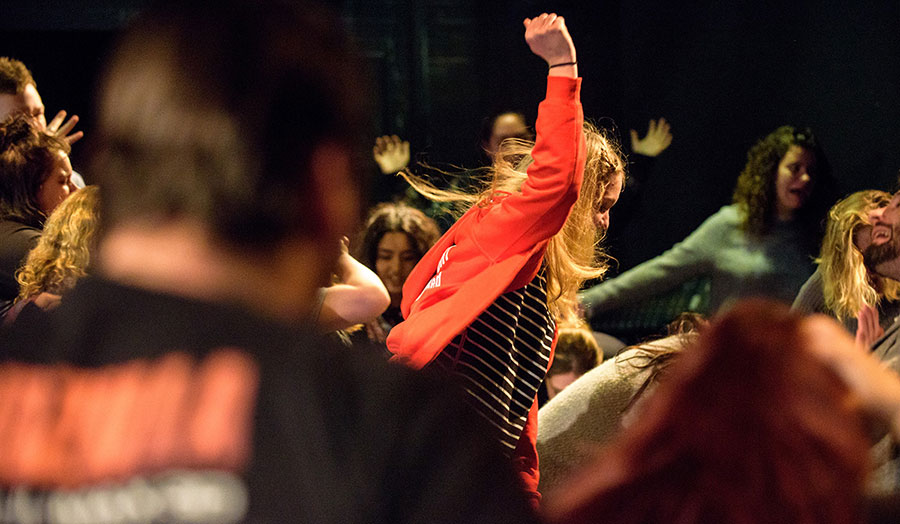