On the water in Hayes News from the School of Art, Architecture and Design

Architecture students from Studio 03 continue working in Hayes, West London this year – a culturally, ethnically and economically diverse area – which is undergoing a period of intense urban change, from a vibrant but economically struggling centre, to a rapidly growing Crossrail hub. Continuing the work from the past four years in Hayes, this year, the Studio will concentrate on developing public facilities within emergent new housing areas along Hayes’ canal.

The year has started with a short and action-based design project adjacent to the Grand Union Canal that runs through Hayes town centre. Proposals for a temporary canoeing club house, a first public amenity within the plans for a large housing development, will be developed together with The Sharks, a local canoe club, operating in the wider area.

During their visit the studio met with Neal Underwood, Club Development Officer, who took the students kayaking along the canal in Hayes to experience the activity from the perspective of its users. There is also potential that one of the proposals will be realised as a live project, since the club has large support for its development.

The proposals are being developed in close collaboration with Cass Animation and will be exhibited as part of the London International Animation Festival (LIAF) in December at The Cass, Central House. 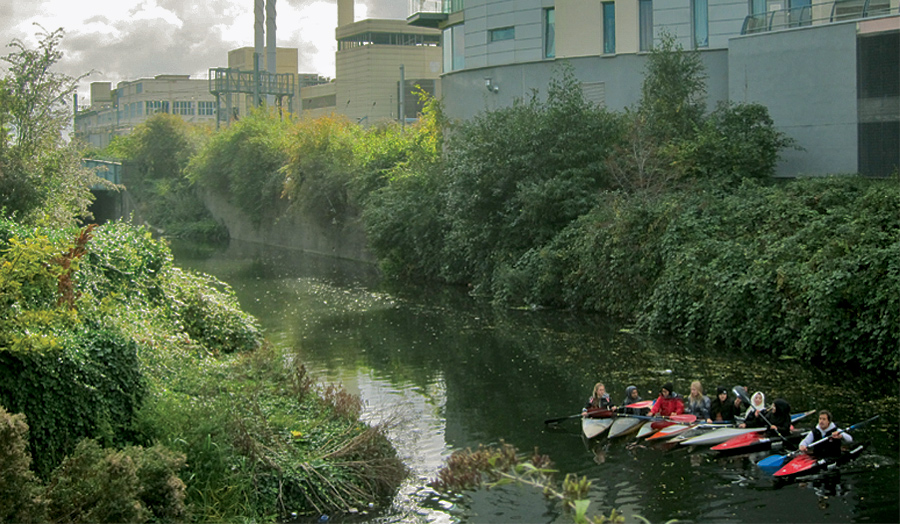