Matilda Ibini, a Creative Writing and English Literature graduate from London Metropolitan University, has taken the world of British theatre by storm with her debut play, Muscovado.

After securing support from BBC Writersroom, a scheme aimed at developing new talent, Matilda’s Muscovado was staged at the Victoria & Albert Museum and Clapham Church.

The performances were entirely sold out, and the play received outstanding reviews. It has since been shortlisted for the Alfred Fagon Award for Best New Play.

Muscovado is set on a sugar plantation in Barbados in the early nineteenth century. It explores the tragedy of knowing freedom but never experiencing it, and draws on the family history of the play’s Director, Clemmie Reynolds.

Matilda said that the tools she got from London Met's Faculty of Social Sciences and Humanities have helped her “thrive” in the industry.

“With the unwavering support from my lecturers and peers I was certain that I wanted to write for theatre, film and TV,” Matilda said.

“I would also like to thank the Alumni team at London Met for their ongoing support since I graduated almost two years ago, and hope that I get to continue telling stories for many more years to come.”

On Muscovado, Matilda said: “I was interested in this project because, as with any new writing opportunity, it allows you to create an original play, whether it be inspired by historical events or things that have happened in my own life. It lets us discover the human experiences in stories that link us all.

“The play explores the tragedy of knowing freedom but never experiencing it and the blissful ignorance some slaves lived in just to survive.

“I hope to tell a story that places another angle on what everyone thinks they know about slavery.”

Muscovado will be shown at Battersea’s Burnt Out Theatre from 25 February to 8 March, and at the Bread and Roses Theatre in Clapham from 10 to 14 March, after which it will begin a six month tour of cities with historical links to slave trade including Brighton, Liverpool and Edinburgh. 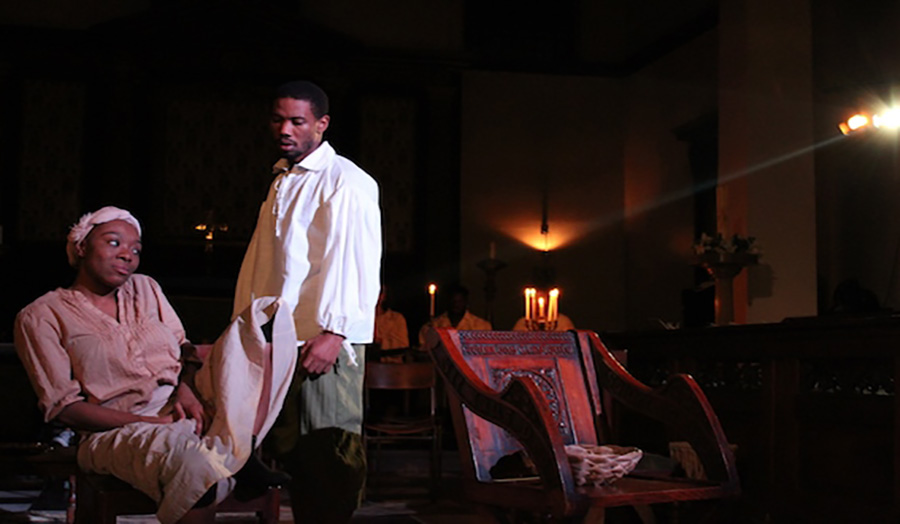