Mad Men: from Madison Avenue to Manchester News from the School of Computing and Digital Media

Celebrating the ten-year anniversary of the critically acclaimed television show Mad Men, Senior Lecturer in Film and Television Studies, Dr Karen McNally, was invited to contribute to a panel discussion and Q&A at the international Pilot Light TV Festival at Home Cinema in Manchester.

Following a screening of the show’s original pilot, ‘Smoke Gets in Your Eyes’, accompanied by a video introduction from award-winning producer of Mad Men and The Sopranos Scott Hornbacher, the panel chaired by Dr Kirsty Fairclough of Salford University, discussed the show’s importance and influence.

Karen explored in particular Mad Men’s depiction of post-war American history and culture, as well the show’s referencing of Hollywood films and movie stardom. The panel also took part in an audience Q&A at the sold-out event.

Set in Madison Avenue’s advertising world of the 1960s, Mad Men is widely recognized as one of the most ground-breaking shows of what has been viewed as a ‘Golden Age’ of American television. The show has been awarded with multiple Emmys, Golden Globes and BAFTAs, as well as the prestigious Peabody Award for Outstanding Contribution to American Culture.

Dr McNally has particular expertise in post-war American film and popular culture, and presented a paper at Mad Men: The Conference held at Middle Tennessee State University in May 2016.

Pilot Light TV Festival, now in its second year, is a television festival dedicated to celebrating the best in TV & Web Series from around the world. The 2017 festival ran from 4th-7th May in Manchester. 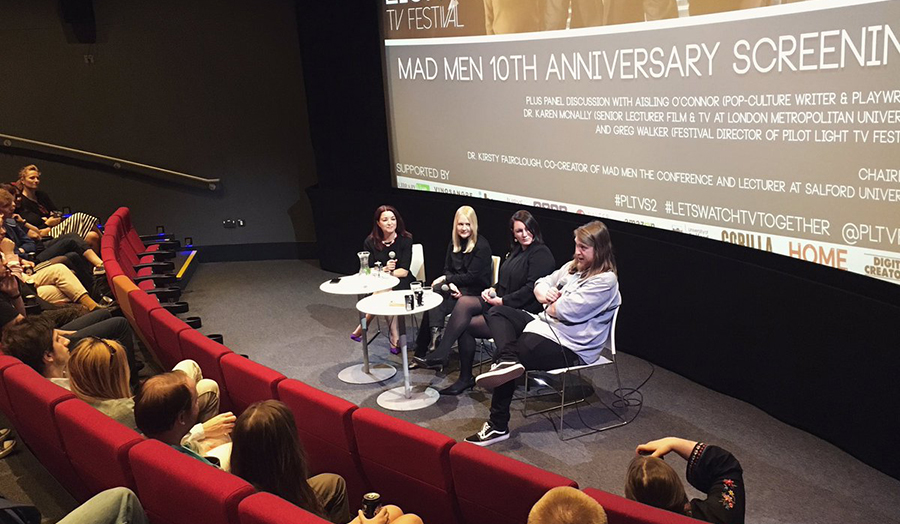