Loss of community a main factor in youth violence, says criminology lecturer News from the School of Social Sciences

“Trauma is worse when you are living in poverty”, said Dr James Alexander at a conference on how County Lines and CSE operates and affects young people

Dr James Alexander, senior lecturer in Criminology BSc, was one of the guest speakers at an important and heart-wrenching event last week, titled ‘The Child Sexual and Criminal Exploitation Conference from the Victims and Front-line Workers Perspectives.’

The event, organised by Skye Alexandra House, who provide services, training and guidance for vulnerable girls and young women, aimed to highlight the stories and uncomfortable truths behind County Lines and child sexual exploitation (CSE) with those who are victims of these crimes, but also those who support young people and their families on a daily basis.

James presented his research, collated over a ten year period, on how a housing estate in South London continuously produces groups of violent and criminal young people, which can be used to highlight the root of violent crimes all over London.

His on-the-ground research found that the main factor in this perpetuating violence is not caused by trauma, but rather poverty. An audience member quickly spoke out, exclaiming that simply isn’t true. James responded with 'trauma is worse when you are living in poverty'.

From his findings, James concludes that one of the main reasons for the ever-increasing rise in violence is the loss of a sense of community and segregation between the old and the young.

James ended his segment by saying that “crime is prevented through informal intervention from neighbours”, and says that there is “a real need to address the issue of people turning a blind eye to violence, such as neighbours, residents on the estate, and family and friends.” He calls for neighbours and the like, especially those from the older generation, to see it as their responsibility to start building up those important relationships by interacting with the young people around them.

The event, attended by practitioners and students, also aimed to instil more awareness and knowledge in the audience on how to better support victims. 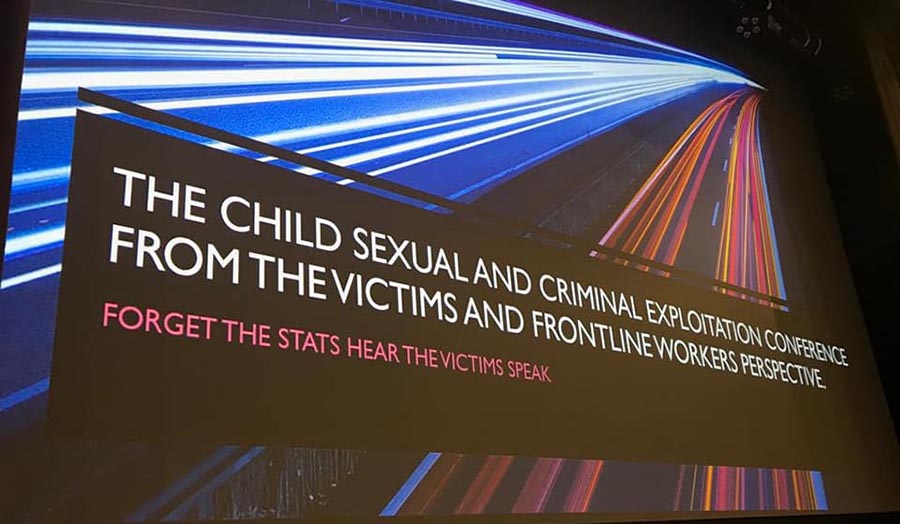