Over 800 London Metropolitan University students graduated from the iconic Barbican Centre, in the heart of the City of London, earlier this week.

Professor John Raftery, Vice-Chancellor of London Met, said: “Graduation marks an important milestone in our students’ lives, and I'd like to congratulate all of our graduates on their achievement. Our graduates are our ambassadors, and I thank their families and friends for supporting them along the way.”

In his speech at the ceremony, Professor Raftery talked about the importance of having a higher purpose, beyond short-term transaction and personal advancement. He called on graduates to do their part to help create a better future for their families, their communities and their country.

Over 360 students achieved a top degree or were awarded a prize for their achievement.

Acclaimed actor and director and national treasure, Richard Wilson OBE, was awarded an honorary degree, making him Doctor of Letters. He was honoured by London Met’s School of Human Sciences as his career before taking up acting was in Biomedical Science. He is best known to millions of TV viewers as grumpy Victor Meldrew in One Foot in the Grave.

London Metropolitan University offers a wide range of courses, most of which offer a January start. Find out how you can start university this January, even if you haven’t applied yet. 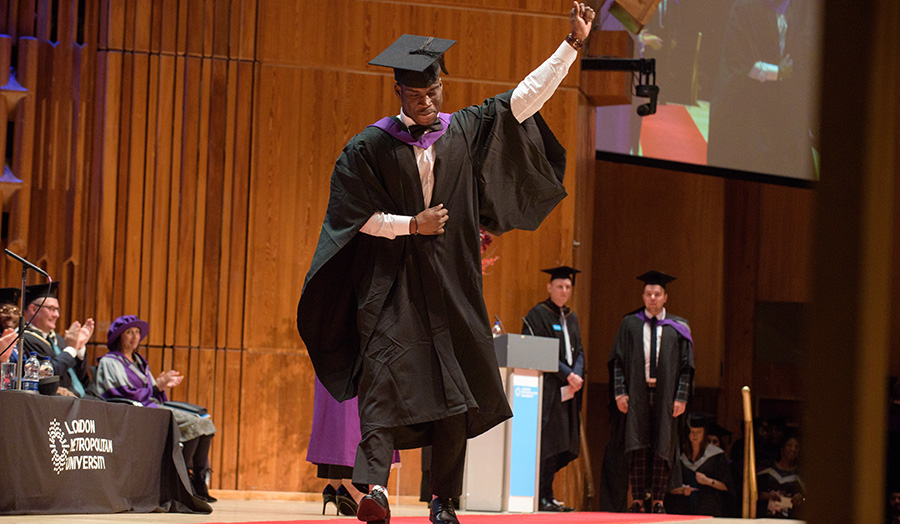