Second-year BA Photojournalism student Gianluca Barbazza discusses the visit, which created awareness around cybercrime and how to protect yourself from it.

London Met and the Metropolitan Police have teamed up to deliver two Cyber Security sessions designed for Computing students, after missing out on previous sessions due to Covid.

The event aimed to create awareness about cybercrime, and to learn how people can stop themselves from becoming victims. This was accomplished by a “learning by doing” exercise, as described by DC Callum Fraser.

“Ninety-seven percent of cybercrime could be simply solved if people would follow basic rules,” he said.

The day was split into two separate three-hour sessions, in which second and third year students were introduced to the subject with an initial presentation by the Met Police representatives, followed by a practical and highly engaging team challenge.

This has changed over the years, and previously started with a Lego-related game that focused on getting students to make choices about how to protect a business from a cyber-attack.

In the current challenge, students engage in an escape room activity, where they have to solve a number of problems about the fictitious case of DCI Nicola Crook, who had been unjustly accused of a social media-related crime. The team that solves the crime and finds the real crooks in the shortest time wins.

"It was pretty enlightening talking to officers about the topic," said a student.

“This type of engagement with the Met Police is invaluable for our students, who will be taking on job roles that require cyber skills to protect their workplaces in the future”, said event organiser Stephen Breen.

The Met Police officers will be invited to London Met again next year. In addition, there may be opportunities for exploring work placements for London Met students. 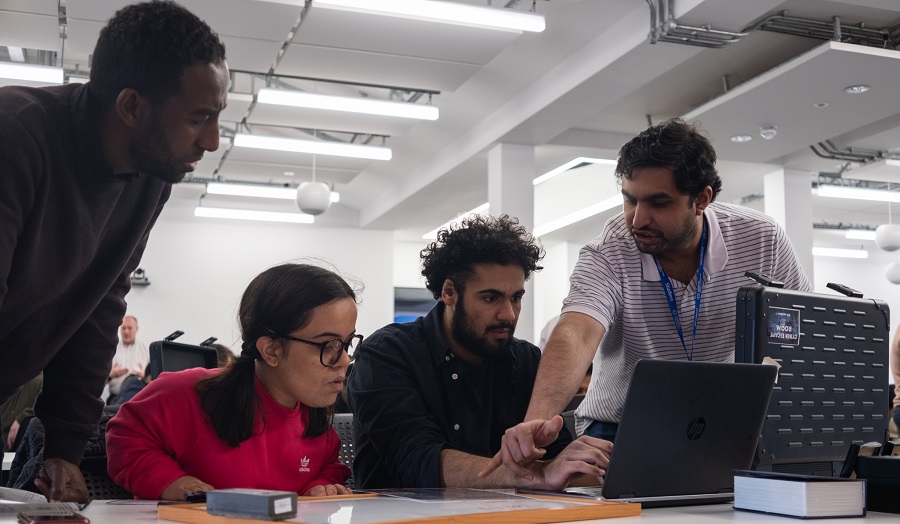