An MA Translation graduate has spoken of how she juggled study with skiing to realise her dream of becoming a Winter Olympian.

Rosamund ‘Posy’ Musgrave, who studied in the Faculty of Social Sciences and Humanities at London Met, has returned from the Sochi Winter Olympic Games, where she represented Great Britain in the cross-country skiing.

Posy was the only female cross-country skier in Team GB, and described her experience in Russia as “phenomenal.”

“I’m still taking it all in to be honest,” she said. “I loved the experience of competing in the Olympics and the opening ceremony was just phenomenal.”

Posy competed in two races during the Games; the Women’s 10km Classic and the 1.5k Individual Sprint Classical.  It took five years’ of hard work and training to make it to the Olympics, most of which took place in Norway (London in not exactly ideal for cross country skiing!)

Posy was over the moon when she heard that she had made Team GB. “It felt like all my hard work had paid off,” she said.

Her achievement is particularly impressive given that Posy was studying for her MA in Translation before the run-up to the Games. She emphasised how the flexibility offered by London Met helped her achieve success both in the classroom and on the snow.

“I did my studies part time and most of them I could do remotely, which was perfect for me as I needed to spend quite a lot of time abroad training,” she said.

So, what was it like taking part in the Sochi Games? Posy described the overall organisation of the Games as fantastic, and said that, from an athlete’s point of view, no expense had been spared on the accommodation and facilities. A sauna, spa, pool and other luxuries were all available to her when she prepared for the challenges ahead. She even got to stay an extra week after her performances to enjoy the atmosphere and the hospitality of the Olympic village, which was separate to the busier locations of the Games.

“The Olympic village I was based in was up in the mountains and only for cross country skiers,” she said – a perfect setting in which to mentally prepare.

Posy also got the chance to cheer for her younger brother, fellow cross country skier Andrew Musgrave, 23, who also competed in Sochi for Team GB.

“Two of my other siblings were there to support us, so I was lucky enough to spend some time with them and watch together while Andrew competed. It was so much fun.”

Posy’s London Met degree also came in handy in Sochi; she specialised in Russian as part of her Translation course and so acted as an unofficial translator for family and friends. "At the test event last year I taught the boys some phrases, although nothing useful in the slightest,” she joked in a seperate interview with the Scotland Herald newspaper. “They wanted to know how to say things like 'I'm wearing yellow socks' and lines for chatting up the girls.”

Having acheived the honour of representing Great Britain in the Winter Olympics, Posy is now contemplating the future. But she is in no rush to committ to anything just yet. “At the moment I don’t know if I'll set my goal for the next Olympics. I am just trying to enjoy the experience I'm having at the moment,” she said. 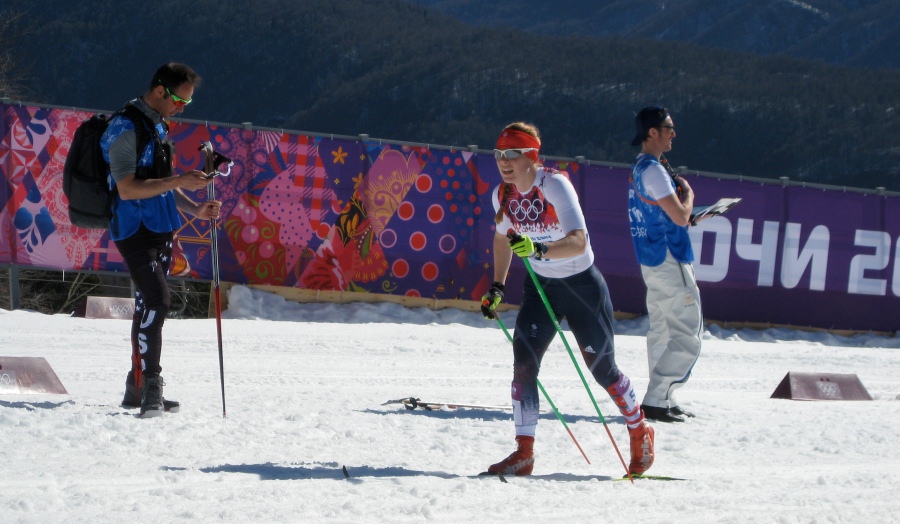