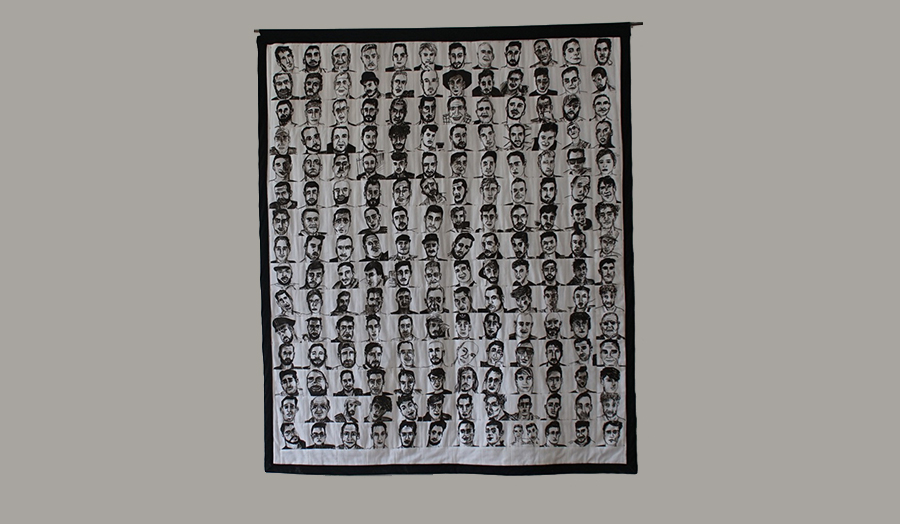 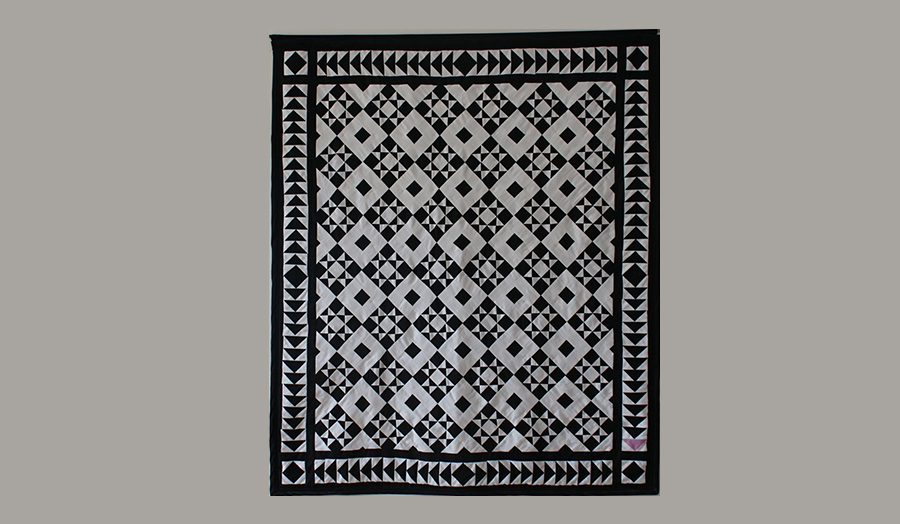 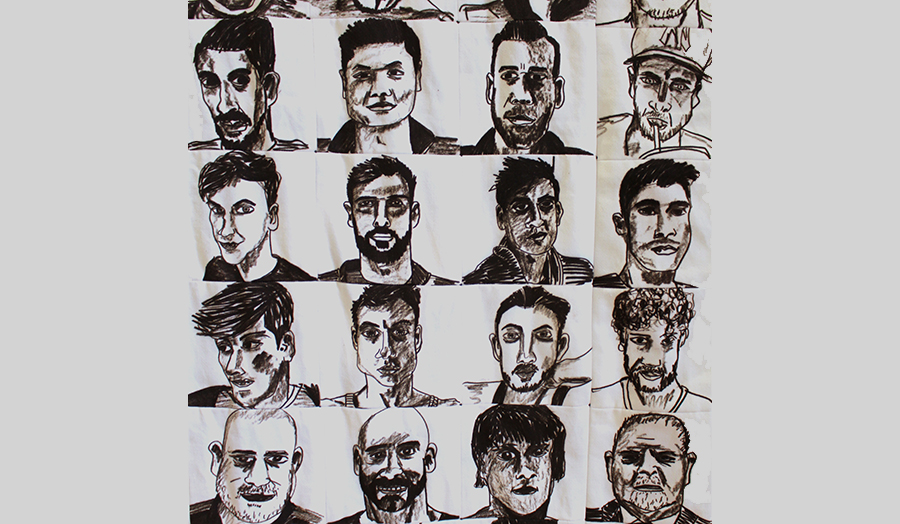 A Visiting Lecturer who teaches Textile Design at The Cass has been announced as the winner of a prestigious art prize.

The winner of the 2018 Emerald Winter Pride Art Awards has been announced as Sam Wingate who teaches on London Met’s BA Textile Design, based at the Sir John Cass School of Art, Architecture and Design.

Sam’s art work, ‘Grindr Quilt’ offers a portrait of gay networking app Grindr. It considers behaviours that are inherited, somehow passed down through generations where intergenerational connections rarely exist. It acknowledges Grindr as part of the domestic, everyday environment and the intimate relationships that can be born through the platform.

Now in its fourth year the Art Awards have become recognised as a cradle for new artistic talent, promoting cutting-edge art and emerging artists, whilst creating a forum for discussion and communication about a wide range of LGBTQI+ subjects and issues.

This year the theme for entries was ‘Beyond the Binaries’ which was inspired by the 50th anniversary of the partial decriminalisation of homosexual acts in the UK.

Sam was presented with the Winter Pride Art Awards trophy and £1,000 prize money at the awards ceremony held at The House of St Barnabas in London’s Soho.

An exhibition of the Emerald Winter Pride Art Award finalists, including Sam’s winning entry, is on at The House of St Barnabas until 6 June 2018. After that the exhibition will be available at Quay Arts in Newport, Isle of Wight.