Are there now so few women over the age of 50 on television that we've forgotten what the average 50-year-old woman really looks like? This was one view to emerge from the lively launch of a new Charter Against Ageism and Sexism in the Media in London on October 3.

The Charter, drawn up by the National Union of Journalists (NUJ), Women in Journalism and other groups sets out ways to combat stereotypes of older women in the media, and to promote their employment. It was launched by a panel that included Michelle Stanistreet, general secretary of the NUJ; Fiona McTaggart, MP for Slough; and Jane Martinson, Women's Page editor of The Guardian. All of them gave examples of the limited range of images of older women in the press, television and advertising while Jean Rogers, vice-president of the actors' trade union Equity, talked about the few roles available for older actresses.

When the audience was asked to “name a woman with grey hair currently presenting on television”, the room fell silent. Anne Karpf, course leader of Journalism at London Met and author of a forthcoming book, How to Age, claimed that the elderly are invariably seen as a drain on resources rather than as a resource themselves.  Age has become something shameful, to be concealed by anti-ageing products. We lead longer, healthier and more active lives than any previous generation, yet we fear ageing at a younger and younger age. Body dismorphia has become a global cultural condition. But instead of resisting age, she suggested, we should embrace and celebrate it, for the experience and perspective it gives us.

Lorna Warren, of Sheffield University's "Look at Me!" project, showed one way this could be done. Photographs and drawings produced by older women themselves created far more active, energetic and joyful images than those usually seen in the media.

As we left the debate, we discussed the experience we’d just had. When we also asked each other our ages, one of us burst out, shocked, “Wow, you don’t look your age at all”.  In her speech Anne quoted an American activist who told her that ageism would no longer be a cultural issue when saying “Wow, you look your age” became a normal compliment instead. 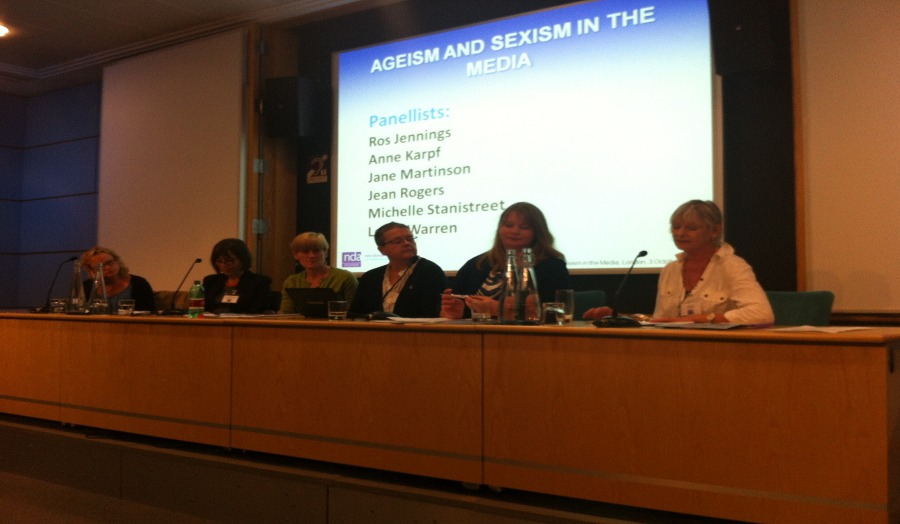