More than 200 new PCs have been installed in London Met’s Learning Centre as part of a £1.25m IT and media investment project.

London Met is investing £1.25m on IT facilities for students this year, including new state-of-the-art computers in the Learning Centre, Holloway campus.

The high spec PCs are significantly faster than the previous computers and will provide students with a better learning and research experience.

As well as the new computers, several large screen kiosks are being installed in the Learning Centre which allow for quicker library catalogue access for students searching for resources.

Digital group-working desks are also being installed as part of the upgrade project, as well as new interactive whiteboards which connect to smartphones and tablets.

The upgrades at Holloway follow the work done in Commercial Road library last year to improve the facilities there.

Oliver Holmes, Head of Service Delivery in London Met’s Information Systems and Services department, said: "We are pleased to be replacing such a significant number of computers as part of our ongoing programme of improvements. The improved user experience is immediately noticeable and I'm delighted with the positive feedback we've already received."
Find out more about studying at London Met. 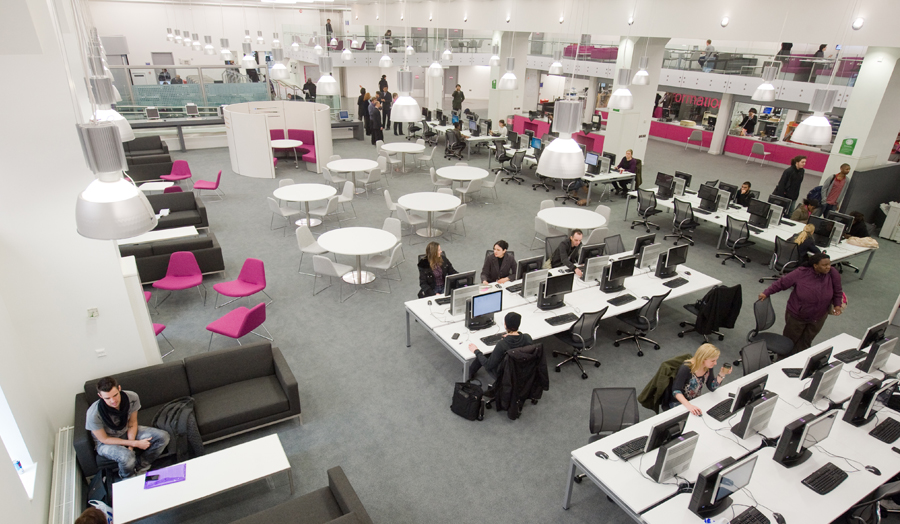