London Met alumni joined over 100 ONE Youth Ambassadors from across Europe to descend on to the European Parliament.

London Met BA International Relations graduate Alioune Badara Camara, who was born and raised in Dakar, the capital of Senegal, decided to move to London to start his university studies and pursue his dream to end poverty in Africa.

After graduating from London Met, Alioune moved to Brussels in order to be at the centre of European politics and to keep an eye out for internships in the industry.

He was selected to be a ONE youth ambassador in April 2014 in the run up to the European Parliamentary elections.

ONE is an international campaigning and advocacy organization of nearly 6 million people taking action to end extreme poverty and preventable disease, particularly in Africa. Youth Ambassadors are a dedicated team of volunteers who are electrifying ONE’s campaigns across Europe and the team are made up of more than 150 activists in France, Germany, Belgium, Italy, the Netherlands and the UK.

The demonstration group lobbied Members of the European Parliament (MEPs) to help eradicate extreme poverty completely by 2030, which in their view, is a target that could be reachable.

They have convinced more than 200 MEPs to sign a pledge to stay committed to the fight against poverty by making developmental aid more effective.

“We, as the future generation of Europe, are soliciting a renewed commitment by EU decision-makers to ensure that their laws and practices make it easier for the world’s poor to lift themselves out of poverty… We are part of the generation that will contribute to making extreme poverty history,” Alioune wrote in his piece for Eur Active.

Poverty has been halved in the past 20 years, which shows that there is already a lot of progress made. The supportive development and Aliounes own background inspire him to keep on fighting for the cause.

“The fact that nowadays we can demonstrate with tangible results, that poverty can indeed be defeated is very inspiring to me,” Alioune said.

“In coming from a developing country, where extreme poverty is commonplace, I have witnessed first-hand how suffocating, demoralising and dehumanizing living in abject poverty can be.”

Africa is the only continent which does not grow enough food to feed its own people, but at the same time contains 60% of the world’s uncultivated arable land.

“There is a huge potential for turning things around in Africa,” Alioune said.

“The promotion of a sustainable green revolution in Africa will not only help us to meet food shortages but also improve food security across the globe – Africa, in fact, has the potential for becoming the bread basket for the rest of the world.”

Alioune thinks that the number one opportunity is focusing on the integration of Africa’s regional markets – a truly regional supply chain that relies on sustainable and renewable energies and which ultimately generates increased job opportunities and wealth.

“I've seen these economic and demographic changes develop in front of my own eyes, growing up in Senegal's capital. Things are changing rapidly, opportunities lurk around every corner – sure there are numerous challenges remaining to be tackled, but more than ever, people are feeling a sense of obligation and excitement at contributing to the development.”

Some amazing development can be seen already. More than 7.5 million people living in Africa today have access to lifesaving AIDS medication, diseases such as malaria, have been cut by 75% in eight African countries since 2000 and 51 million more children across sub-Saharan Africa are now enrolled to primary school education.

Education is the key

Alioune reflects that Education is the first place to start when it comes to improving the development prospects of his continent.

“I see education as the most effective, if not the only way, to gain the knowledge, and acquire the tools and skills needed to succeed in a competitive, but also an ever more inter-connected world.

“From a very early age, the values of education were instilled in me – I was lucky enough to have parents who continuously reminded me that education was the only key that would open doors and make me independent.”

Studying at London Met helped Alioune enormously in his work as a Youth Ambassador for ONE and he is sure it will prove profitable in his future career as well.

“I chose London Met because it offered an international experience in a great setting, providing the opportunity to meet people from all over the world, in the heart of one of the most exciting cities in the world.

“My experience at LMU was marked by really interesting and relevant coursework, alongside the excellent and long-lasting relationships I developed with fellow students and teachers.

“I found many of my teachers to be very dedicated to their students and knowledgeable and passionate about the topics they were teaching – this was crucial in instilling a similar passion in me in terms of pursuing a career in this field,” Alioune said. 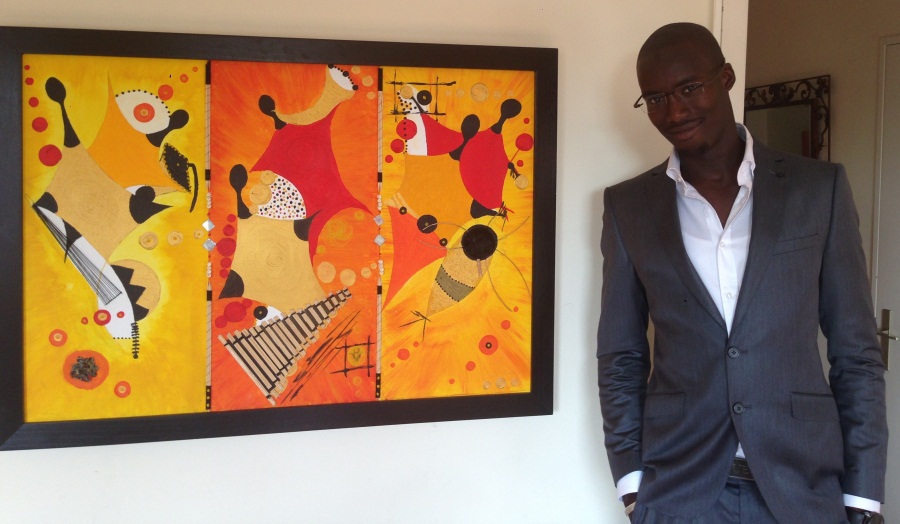